In celebration of our blog's title background changing from Ferruginous Hawk (Buteo regalis) to Phainopepla (Phainopepla nitens) I thought I would share a couple of photos from this morning at Gage Gardens, here in Marathon, TX.

The blog's title photo has a male in a juniper from up in the Davis Mountains.  However it has been a comparatively good winter for these birds at slightly lower elevations.  This species, a year-round resident in our region, is generally an altitudinal migrant.  In the winter they descend to warmer elevations.  They can stick to some mid-elevations when Spring arrives, but come late-Spring they generally ascend back to higher ground.

It would be nice if they had at least one nesting attempt in the immediate vicinity.

Anyways, here is a female Phainopepla in all her glory and honor: 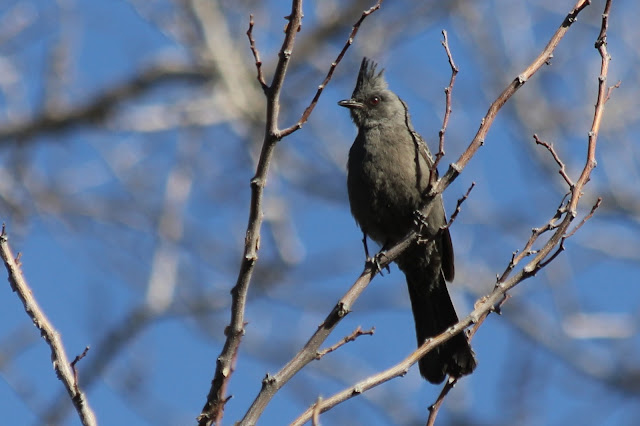 Rather than the silky black of the males, the females are a cool, smooth slate-gray. 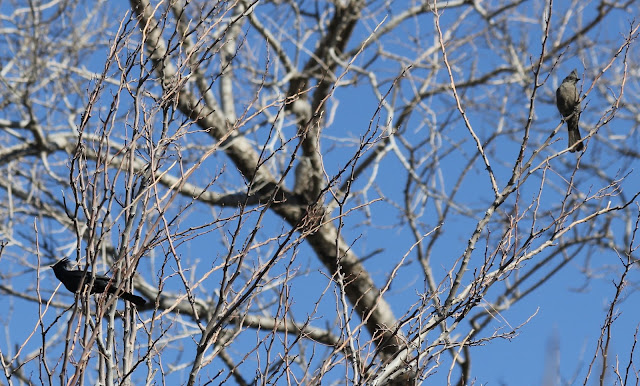 Phainopepla diet consists of mistletoe berries and insects.  This morning's pair were moving about tree tops in the Gage Gardens.  While she was just hanging out, the male was actively fly-catching.

Not that she wasn't paying attention necessarily.  You don't want a dead-beat come nesting season. 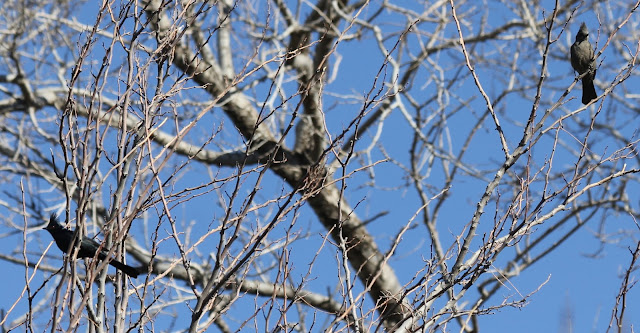 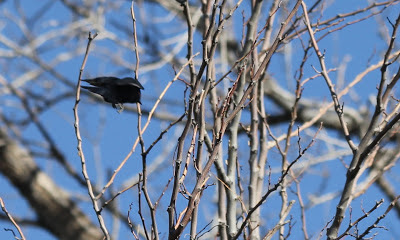 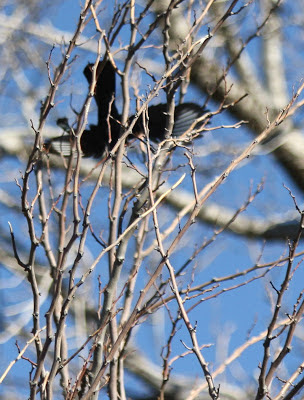 Check out the prominent white wing patches in flight.  I have better photos of that particular characteristic elsewhere.  At this moment, he was fly-catching on the other side of this tree.. 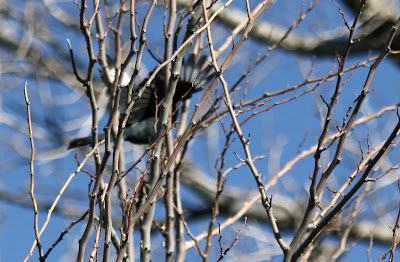 Phainopepla.  One of the many iconic species of the Big Bend region of far-West TX.
Posted by MWYork