See any difference from below?

For this type comparison, it is unfortunate that today's Chinati Checkerspot was a well-worn adult.  The individual Theona Checkerspot photographed back in 2012 is a fresh adult.

Now, same individuals from above:

Chinati Checkerspot was a new species...uh, subspecies for our backyard. Its larvae like to feed on Leucophyllum.  We call that, generally, Cenizo out here.

We have actually had decent rainfall this calender year and it has been a great year for checkerspots and crescents.

And for this late-October afternoon, this worn Chinati Checkerspot was still hanging on... 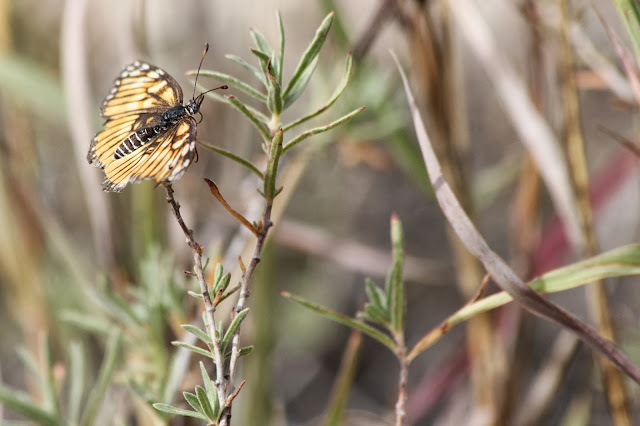