...an unknown number of bugs in the bush?

This is just a handful (heh... heh...) of the moths that turned up at the lights last night. High humidity and outward facing walls in a canyon of mixed high desert scrub and oaks... well, the results far surpassed my highest expectations and I did a pretty sad job of documenting things (photo quality being the least of my feeble documentation problems, unfortunately).

Really, I just wanted to play with them. 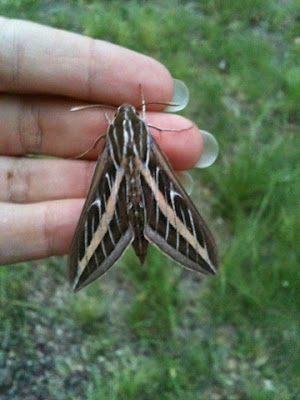 A stripey comparison with a solitary Vine Sphinx, Eumorpha vitis: 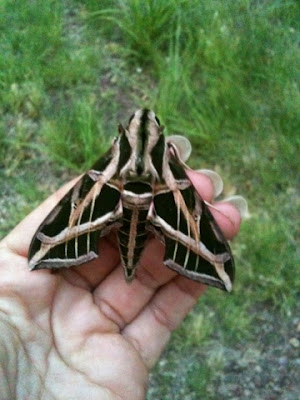 Five-spotted Hawkmoth, is that you? Manduca quinquemaculatus! Easily five were still present this morning. 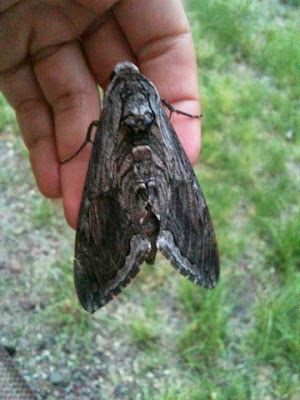 Falcon Sphinx! Xylophanes falco -- these gems are wrapped in the night sky as caterpillars and that's not much of a metaphor. Two were present. 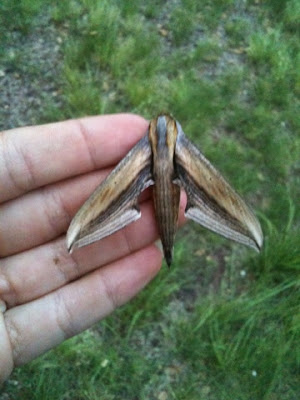 Pint-sized would be an overstatement for the Walnut Sphinx, Amorpha jugulandis. Population for the night: one. 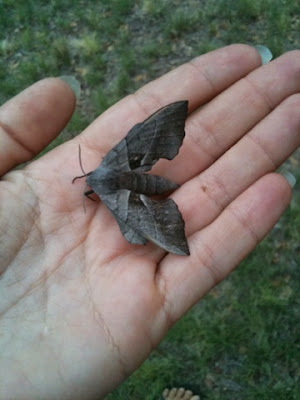 Now let's jump from our small sphinx to our big silkmoth, Walnut Sphinx, meet Oculea Silkmoth! While some sphinxes can be large, none are quite so bat-like as any of the silkmoths tend to be. 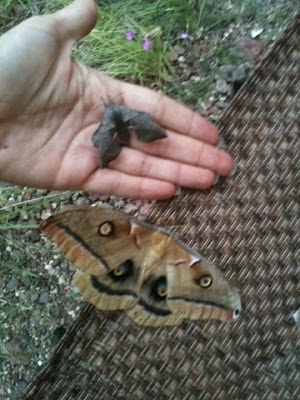 This one, lone, lovely lass was most definitely the highlight of the night - and morning:
Oculea Silkmoth, Antheraea oculea, also called the Western Polyphemus Moth.

iNaturalist has some interesting folks out there, this is most definitely NOT a buckeye! 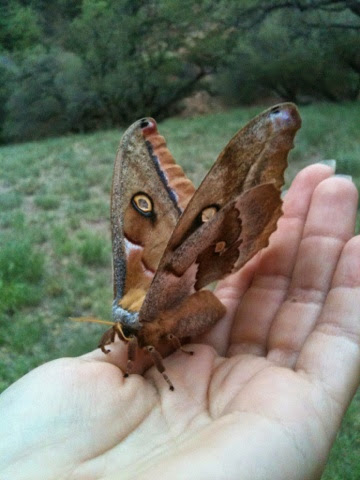 Never turn your back on Hubbard's Small Silkmoth, they are fiesty! I just wanted to get that deep watermelon pink of the hindwing somewhere in the post... 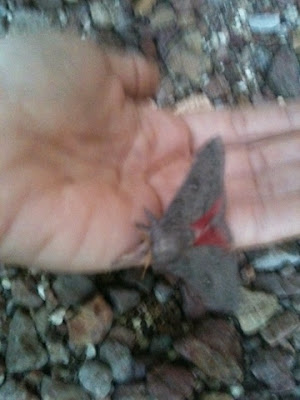 A bit less showy here, Hubbard's Small Silkmoth, Sphingicampa hubbardi or Syssphinx hubbardi, depending on how technical you want to get. At least four made it to the lights. 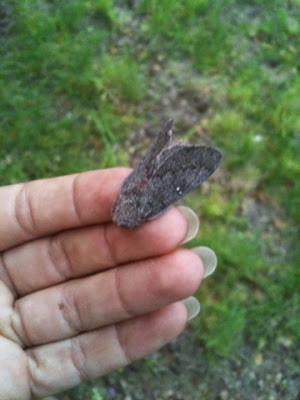 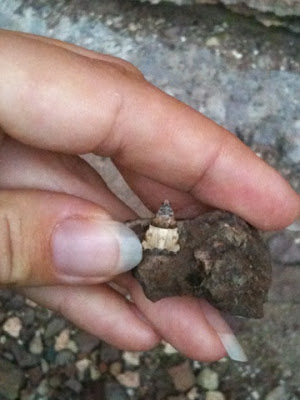 This has been uber-blogged here before, but one never resists the wiles of Halysidota davisii, Davis's Tussock Moth. There were easily six on the wall!* (and by that, I do include chairs, the ground, and things near the light) 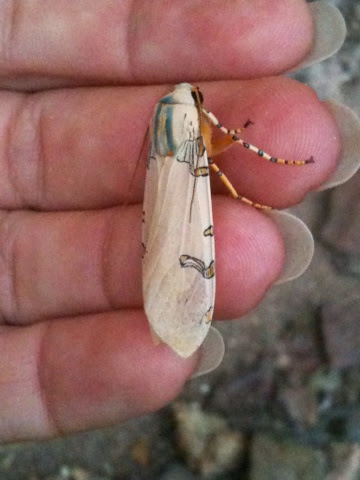 If not terribly mistaken, this tiny Bigfoot is Euclea incisa - only one was around last night, but two weeks ago the numbers ranged nearly to double digits. It really needs a good common name. Saddleblanket Moth seems a bit unwieldy though. But it is wearing a green blanket... 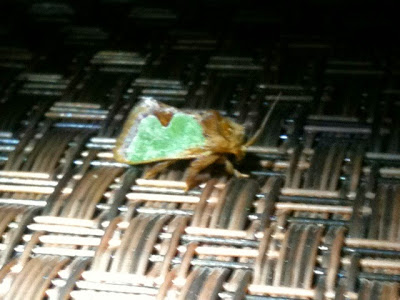 ...and darn it if I didn't have this identified a month ago and have magically lost my brain. Black wings, striped butt, nice pants - should be an easy one. Will update with an ID when I get a chance!

*** Nick Block wins the internet for reminding me that Texas Wasp Moth should not be so hard to remember! Horama panthalon even has pants in the name! Now I feel that I should have included pics of the Yellow-collared Scape Moths because at least I knew what they were when I saw them (they look like 'love bugs' in moth form). 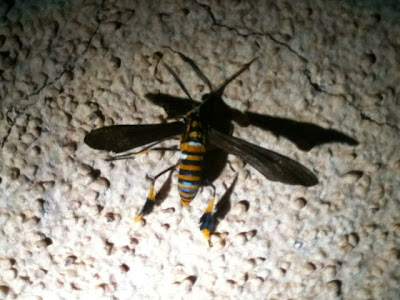 * Many thanks to Sky Stevens for permission and encouragement with the blacklighting at her place just west of Alpine! Brewster County does snag a few Jeff Davis Co species here!
Posted by heidi