A copy of a post I sent to the Texas lepidoptera List-serv:

I was absolutely thrilled and blown away with a slightly worn adult female D. howardi "Northern Giant Flag Moth." Do Arctiini get any larger up here than this species?! She wasn't too cooperative, but I do have photos. You know those moments when you are in the mid-afternoon of a day job not really prepared for anything outside of work-a-day doldrums? I think I had a moment.

I guess it was Arctiid Day at the Ballpark because I observed the widespread yet lovely Estigmene acrea "Saltmarsh Moth" earlier this morning.

Between drought and current national affairs, that flag moth was just what I needed.
Hope is a good thing. Maybe the best of things. 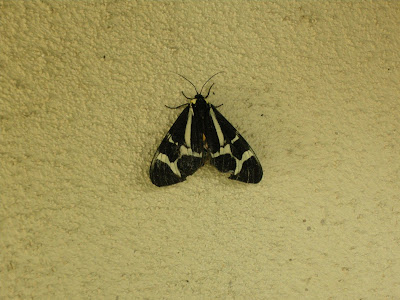 This species belongs to a genus found through much of the New World tropics. This is our largest North American tiger moth. (Powell & Opler, Moths of Western North America. 2009.)

Subfamily Arctiinae are the tiger and lichen moths of the family EREBIDAE.

This particularly spectacular species is sexually dimorphic. The female has orange hindwings. The male, white. We can barely make out the left orange hindwing peeking out from the black forewing. 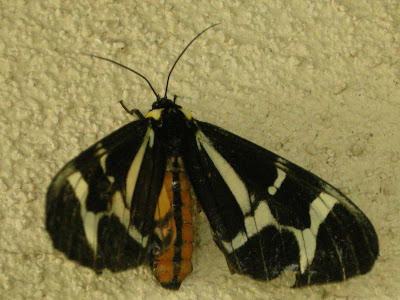 Each forewing of this species is nearly 2 inches long!
This species is another example of a "single-flight" species. Meaning one full life-cycle, generally, per year. The adult stage flies. What I just wrote ain't exactly scientific.. ha!

I am glad I didn't miss her this year. Perhaps we can find another before we have to wait for next year.

Yet another reason to visit the tropics.. 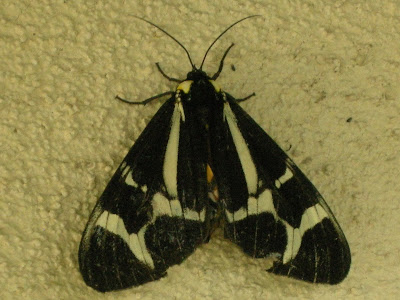 There was another Arctiid species hanging out today around the Gage Hotel. This species quite is attractive in its on right.

Arctiinae is full of beautiful moths. I should share photos of others I've stumbled about in my past.

Anyhow, this morning among throngs of other moths was a single: 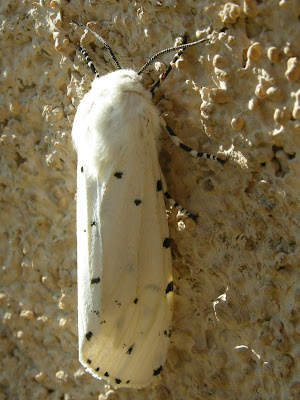 I never got a look at its abdomen, sadly. Due to how few black spots E. albida has when generally compared to E. acrea. I'm led to think it may be albida. I'll defer to a higher plane for help on this species. 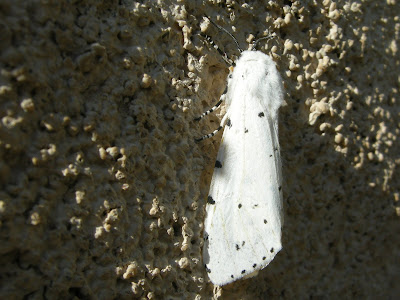