When inch worms grow up

I first blogged this over at the other blog, and I managed to forget to take a picture of an inch-worm that adopted us. I had harvested some mesquite nibbles for the hubbardi bunch and the little critter caught a ride and found itself in with a bunch of non-geometers. So while I forgot to take its picture, it thrived. Then it started to look pretty bad and I felt terrible and was certain that, along with ~40 other caterpillars this season, it had died. It turned this bizarre shade of teal blue on one end and darkened and instead of being a long, juicy inch-and-a-smidge long... it was barely half an inch long.

But then it turned into a pupa. How ridiculously awesome! Picture from 18 September, after two days of a sickly looking caterpillar. 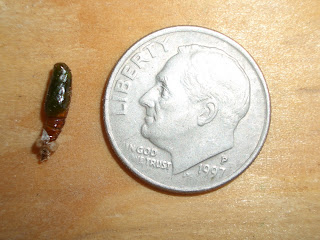 Interestingly enough, it started out copper on the bum and deep, emerald green on the wing casing - and shrank a bit as it turned more coppery all over. This first picture was taken on 25 September. 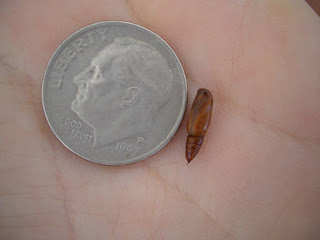 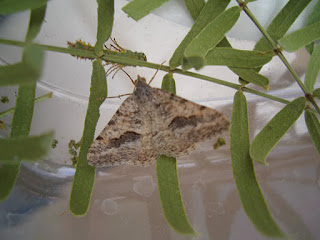 And the empty case with a wandering hubbardi... 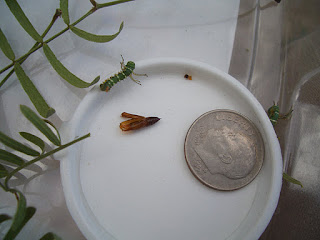