The title is for the Radiohead fans out there.

It feels like Spring. Temperatures in the low 80's, flowers blooming, butterflies coming out, and elms budding all gave reason to me to drive around the Marathon area looking for Spring migrant bird species ... early as it may be.

After all, a few days ago the first Cave Swallows (Petrochelidon fulva) arrived in town.
So off to Post Park, I went.

At the park, there were no new species to report during my observation.
However, this bird is still around: 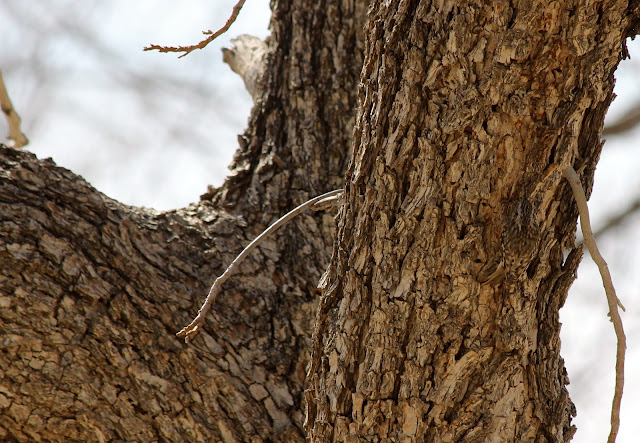 What bird?
This bird: 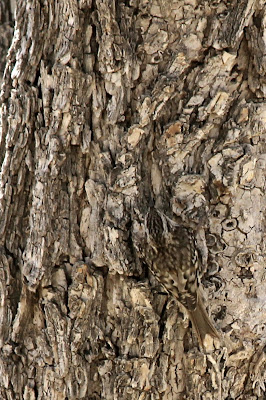 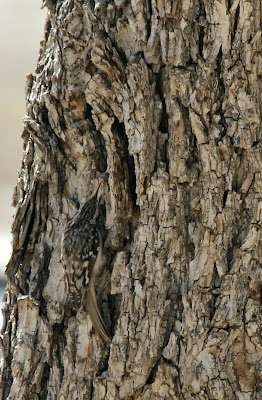 What bird? Where? C'mon.
This bird. To the left of the knot in the tree trunk.
Oh! 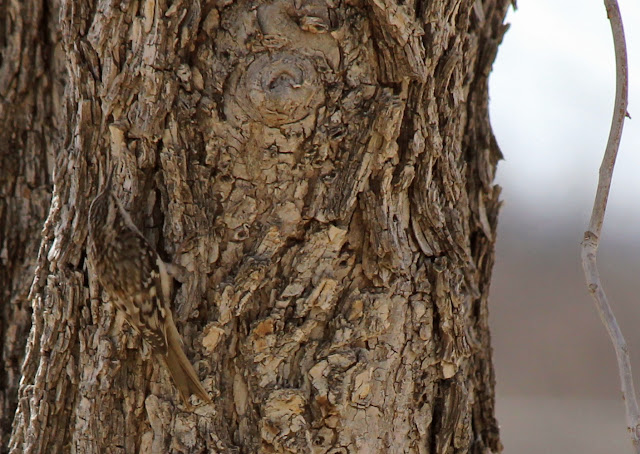 Brown Creepers are the only North American representative of Family Certhiidae. Tree-climbers with stiff tail feathers to prop them up, creepers pick around and under bark with their long decurved bill digging for insects.

There's been at least one Brown Creeper at "Post" Park, ~ five miles S. of Marathon, all winter long. They are considered winter residents, though not necessarily common to find. They have a high-pitch, thin call of "tseeee-eeeep" that generally alerts me to its presence.

Did you all find the bird in the first photo?

Another winter resident was also at the park: 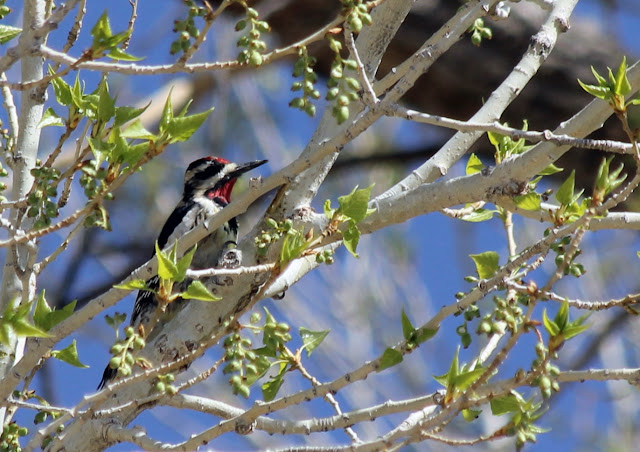 Sapsuckers are specialized woodpeckers. They build rows of holes in trees as "wells" for sap. These sap wells attract insects in which these birds forage. 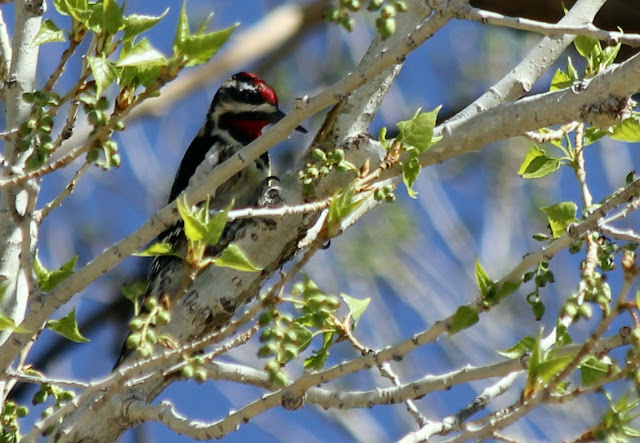 Seems this male chunked off a patch of bark on this cottonwood. Check out those feet.
Woodpeckers, Family Picidae, have short legs and strong claws. For the most part they have two toes in front and two toes in back on the foot. This is one of 3 sapsucker species we generally get in the region during the winter.

In our part of the state, we are graced year-round with the presence of Western Bluebirds (Sialia mexicana). 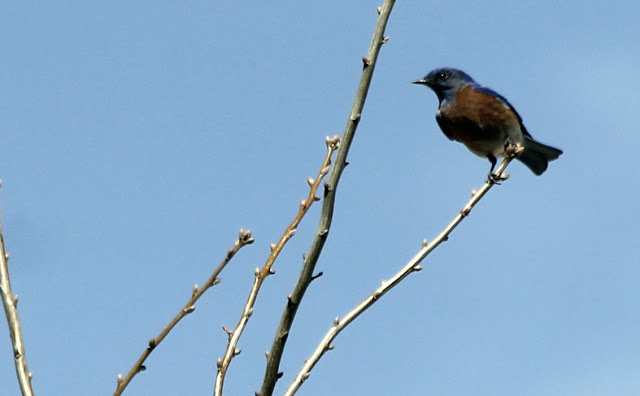 I often encounter 1-3 Western Bluebirds when at Gage Gardens, as I did today. 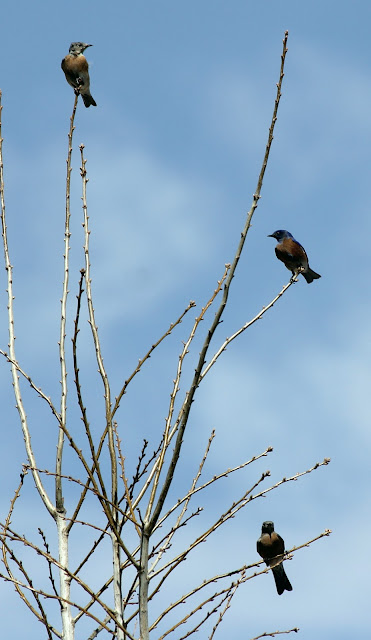 Western Bluebird. The single male was with two females.

We also get Eastern (S. sialis) and Mountain Bluebirds (S. currucoides) in the winter. I have seen a single Eastern at Gage Gardens and on the Gage Hotel grounds proper within the last couple weeks.

One last photo to throw out there from today: This from Post Park, is a common year-round resident of our area that I just felt compelled to photograph. 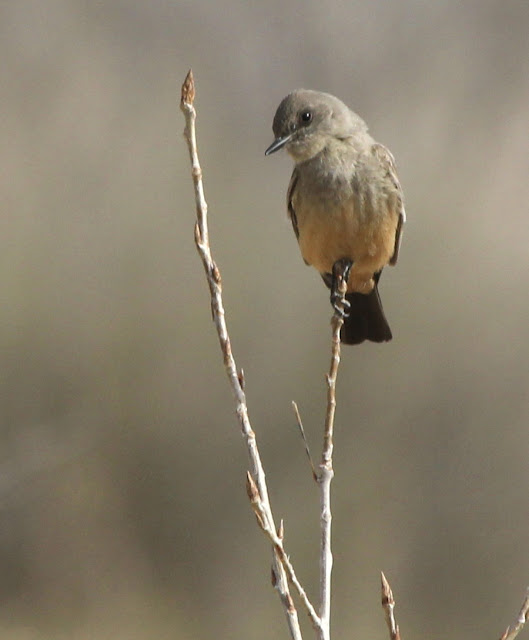 Say's are the largest of the three phoebes. We also have Black Phoebe (S. nigricans) year-round, though hard to find at times. Eastern Phoebe (S. phoebe) is a winter resident.

Phoebes are flycatchers in Family Tyranidae.

So no Spring migrants found today, but an enjoyable morning with so many Winter residents still around.
Posted by MWYork