There have been at least 6 accidental records for this species in the trans-Pecos region.
None of which occurred later than late-August. (Birds of the Trans-Pecos, K.B.Bryan, 2002)

The above statement is in motion.  Not static.  We'll find out more, hopefully, and revise. 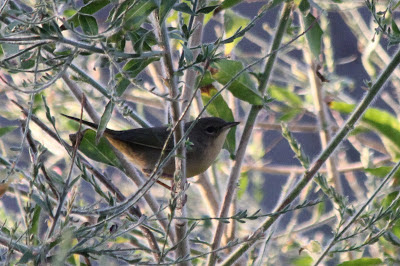 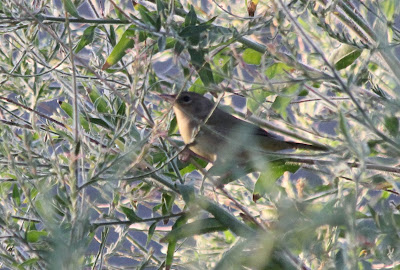 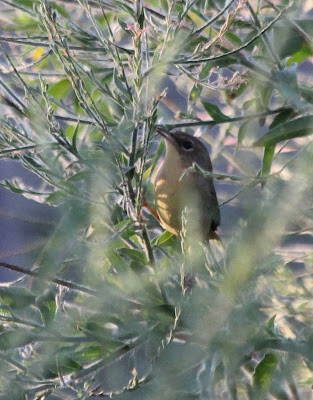 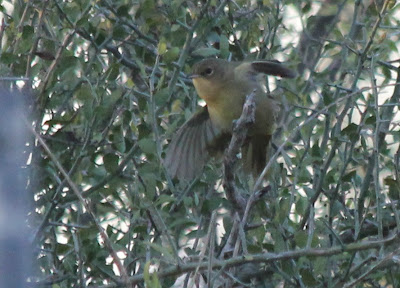 There is a nice tangle of allthorn and other shrubby vegetation near a slow drip.  The elaborate drip set up is an old garden hose. 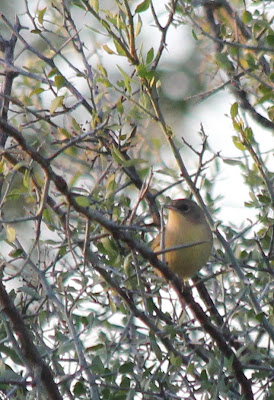 Below is a rendition of a map depicting the range of the Mourning Warbler: 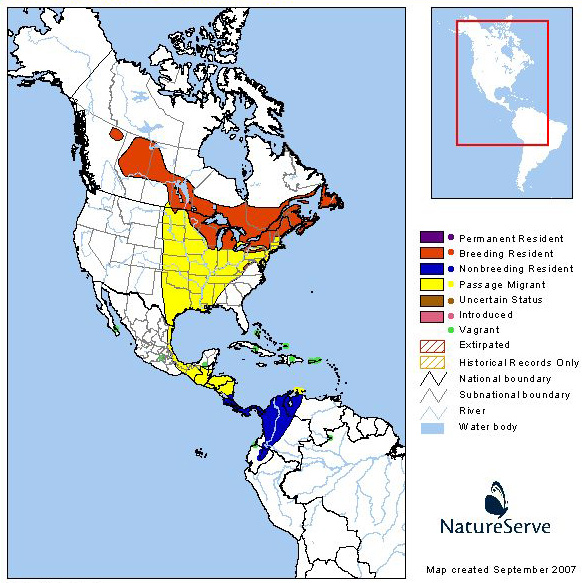 It is incredible to think that this bird, hatched from a nest in ... say Alberta, Canada, made it all the way down to this rectangle patch of high-desert called Marathon.

Looking at this map, it is also satisfying to think that before it flies off to winter in Panama or further south that it found a quality pit stop.  Shelter, food, just a bit of water in abundance; well, at least shelter and food.

"Man, you two, your yard is really getting overgrown"

It only took two years for it to recover.
Posted by MWYork