On Sunday, March 16, it was miserably cold, windy, overcast, and challenging to bird in. A lovely couple from Arizona braved the elements and Post Park did not disappoint, so it was after 11 am when we tried our last stop of the morning at the Gage Gardens. Meadowlarks were blown past us and what few birds were around certainly did not cooperate much... except for a buffy-faced, large sparrow. Harris's Sparrow is really not expected out here at all. It had dark black smudging around the beak and I wondered if it may have been the same bird as two winters prior (spoiler: nope). Having no camera on hand at the time, I knew I would have to return to try for photos. 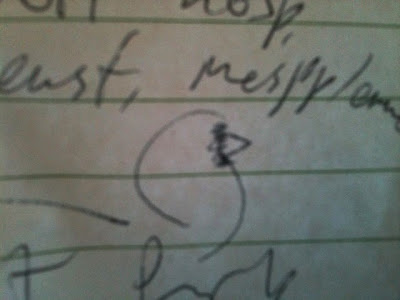 With local birder, Bill Sain, Tuesday morning (the 18th), two hours were spent canvassing the Gardens. Only shortly before we left did Bill spot rustling behind a yucca that proved to be White-crowned Sparrows with a khaki counterpart. But it was not 'my' bird from Sunday - far more extensive black smudges covered the chin, throat, and crown! Naturally, we were unable to relocate the second individual. This individual is far more similar to the bird from two winters prior... 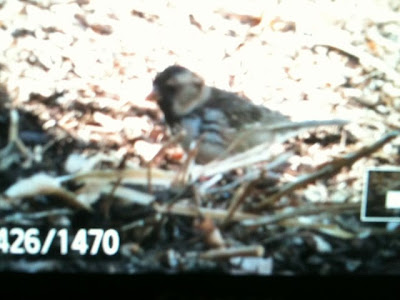 Guess my next task is to go back and try to refind the bird from Sunday now!


Edit:
Here's a lousy pic of the field sketch of the second bird, after the first round of really bad photos. 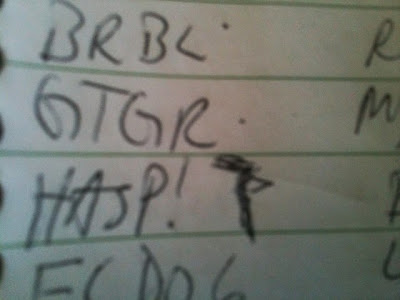 I would like to thank my art teacher in high school for drawing ON students' work to indicate what she wanted them to do. That dissuaded me from pursuing art classes further. Otherwise, this English/History/Biology/perpetual student prefers scribbles when snapshots aren't available.
Posted by heidi