We are definitely seeing birds moving out, moving through, and moving in to our area. With that I went to Post Park, south of Marathon by about 5 miles. On the road to this Brewster County park I happened upon this individual at one of the cottonwood creek crossings: 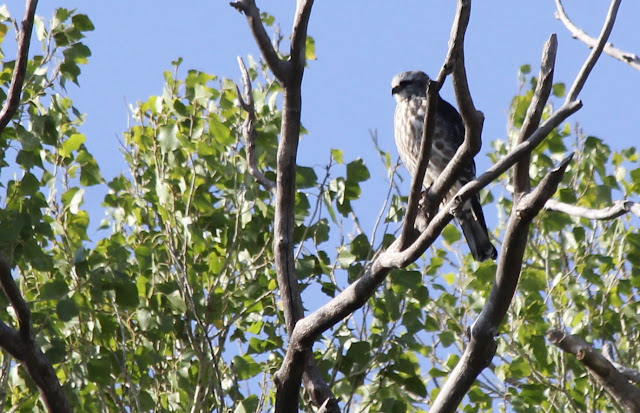 This young kite is making its way to South America during our winter.

But for the moment, well at least last night and this morning, it spent some time just south of Marathon.

There were several neo-tropical migrating songbirds once I arrived at Post Park. 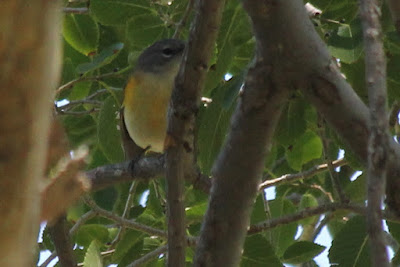 This redstart was actively foraging as they almost always are. This bird is extremely quick, never stopping long enough to allow me to photograph her.  At this particular moment, she was well up in a tree.. 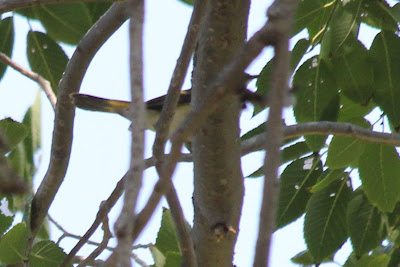 The rest of her.  Ha, what a great warbler to observe even when less than cooperative for a camera. 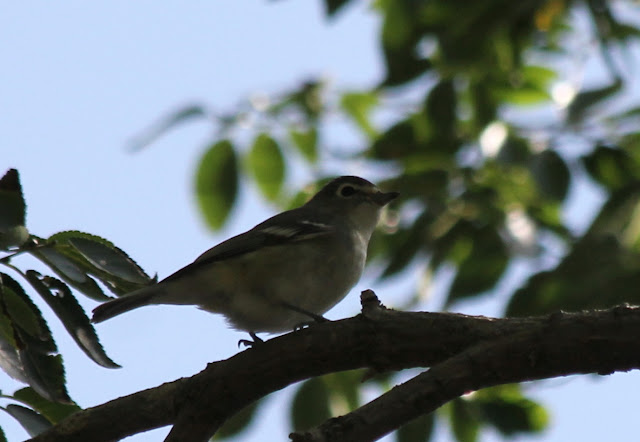 This vireo, in the same group of trees as the American Redstart, doesn't have nearly as far to go as that Mississippi Kite up top does.

Generally, this species is heading to the Pacific Coast of Mexico having just spent the spring and summer in the Inter-Mountain West of the U.S, which includes certain areas of the trans-Pecos of Texas. 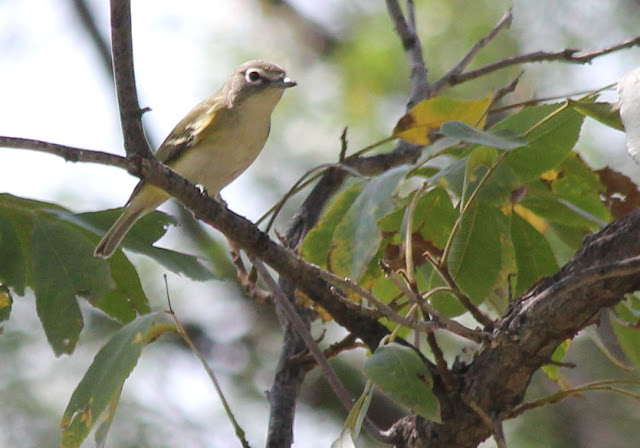 This Cassin's Vireo is also headed to Mexico for the winter.

Certain bird species are arriving that just may stay the winter, our winter. 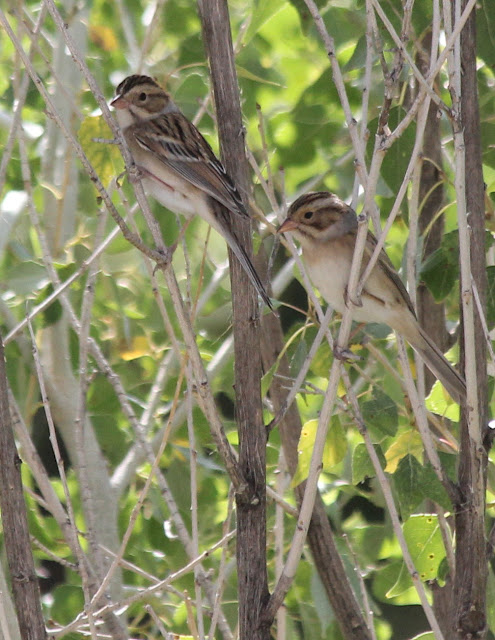 Clay-colored Sparrows spend the spring and summer in northern portions of our continent including the Great Lakes region, the Dakotas, Montana, and the Interior Provinces of Canada.

We'll begin seeing and hearing a lot more of them during the fall migration season.  These were the first of Fall for me.  A few will stay the winter in certain portions of the trans-Pecos, but most are headed to Mexico and Central America.

There were other winter-residing sparrow species that were seen for the first time this Fall during the morning at Post.

The following is a list, generated by ebird, of the birds I saw, heard, and identified at Post Park this morning.  Happy Fall Migration!

As at any point in this lifetime: Look around.  Listen around.