a little early, a little lost 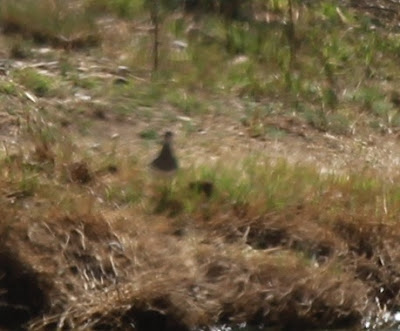 Pectoral Sandpipers have been known to pass through the Trans-Pecos in low numbers in April; the individual above was photographed at the ponds SW of Marathon (publicly inaccessible, unfortunately) on March 31st. So this bird is not only a bit out of range, but also a bit early and due to backlighting and heat haze, less than photogenic. But we're not hung up on the art so much as the documentation...