A Killdeer that pales in comparison

Slow down to scan the trough - there was nothing there on the way down - is that a really pale Eurasian Collared-Dove? It's not unexpected, but it just doesn't seem right. 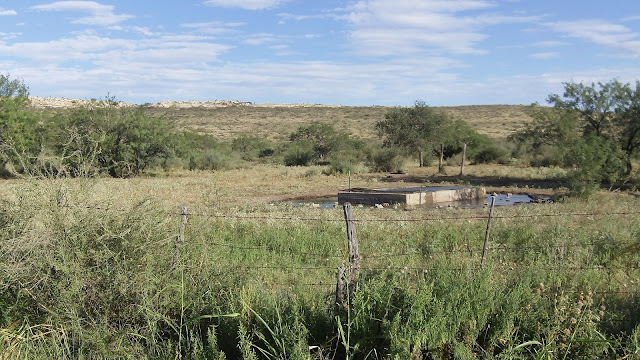 Far left side of the water on the ground - it has a pretty large head for a dove though. 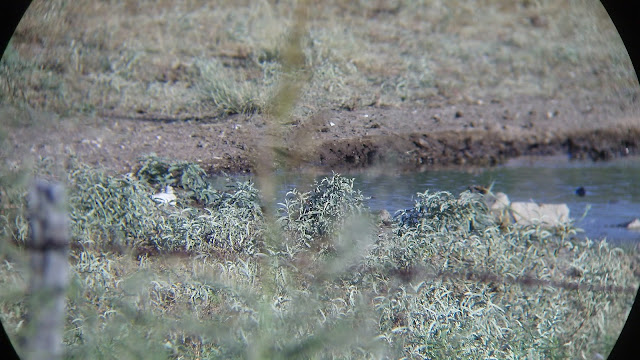 With the power of a not-quite-point-and-shoot and some 8x42s...


Leucistic Killdeer. Melanism is extremely dark pigmentation, leucistic creatures are just shy of albinism - and this is a decent example. Well, if the photo were any better, it would be!

For more reading on leucism and melanism and albinism, check out the Sibley blog's excellent discussion of pigment variability! Also, wow. Lots of leucism.

* Apologies, this post was schedule for the 19th but didn't actually get published until the 24th!  Not quite sure what was going on there, but blogger has been acting up lately.
Posted by heidi