This morning at 9:00 am, Matt York relocated the Groove-billed Ani on the south side of the Marathon Motel (between Hwy 90 and the courtyard); it called and flew behind the office and gave several observers good looks. It moved around the property for about half an hour, heading north and west to a pine near cabin 9 & 10 and headed down toward the garden and patch of cane on the western slope of the property. We left it at 9:30 while the bird was still in the cane patch, vocalizing. Attempts to relocate the bird around 10:30 were unsuccessful.
Edit: GB Ani relocated behind office at 2 pm.

Previous observations for the ani: 10 Oct, 23 Oct, 24 Oct. No sightings in November. The bird is highly irregular in appearances and probably covers a good bit of the basin.

Birders wishing to try for the ani are welcome to park anywhere that isn't numbered or an RV spot and let the office know if you're successful! Other sightings are at the front desk.

Also present in the courtyard this morning - Black-tailed Gnatcatcher (usually along the property edges).

Side note for Marathon in general: Allen's Hummingbird and Black-chinned Hummingbird (latest record for the region) are still present at a NW Marathon feeder. 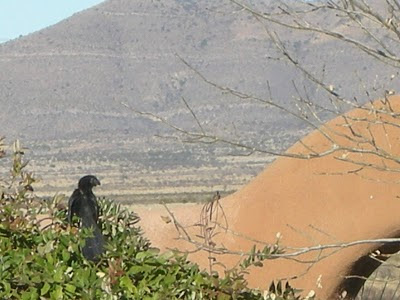 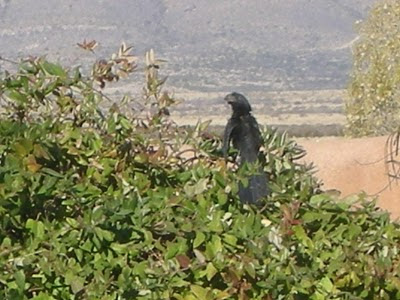 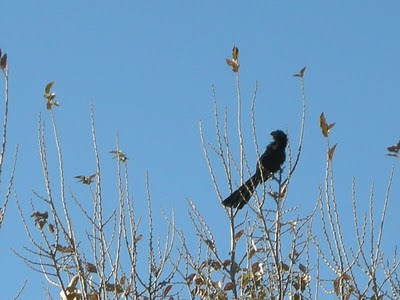 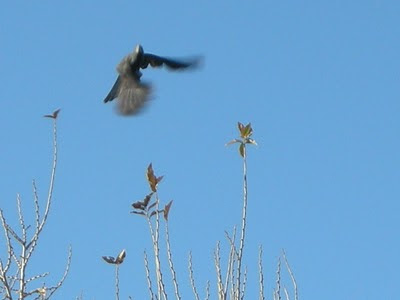