Well, often times it just finds you. Sure there are moments we go hunting for a particular species. However, for much of our time the birds just find us. We "had" this species or we "had" that species.

Did we HAVE it?
Or did the bird happen to travel to a particular place at a particular time only to show itself to an interested Homo sapien sapien. Then... sneakbackinthebrush.

After getting off work at 4pm today, I opened the truck driver-side door and put one foot down on the ground. A thrashing sound emanated from perhaps 8-feet to my left.

I look. Nothing. Nada.
Thrashing sound in the leaf-litter again, this time as I am looking. Niet. 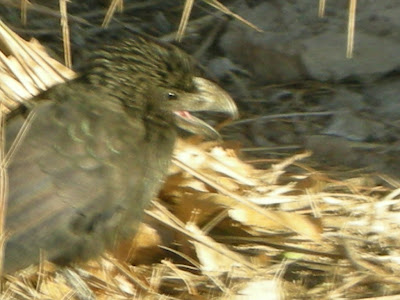 Cue the Metallica track. No, one from before they cut their hair and got soft.

Here was THE(?) fall/winter Groove-billed Ani (GBAN) of the Marathon Basin. Foraging. Often tilting its head, looking up, stretching its neck to see. 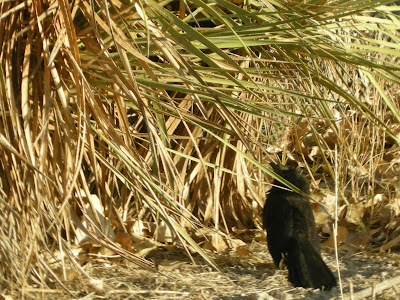 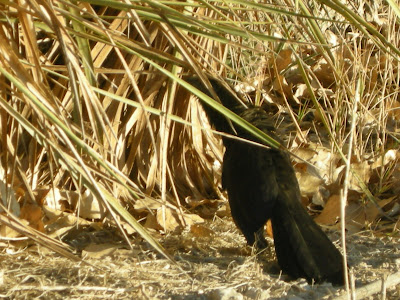 This bird was first viewed at the Marathon Motel back on 10 October. It was 2 weeks until viewed again, on the 23rd and 24th of that month, still on motel grounds.

It returned to our view, once again on motel grounds, on December 2nd. The bird landed in a sumac not 6 feet from me.

Now, on December 18th, after returning home from a full day's work....

Folks. So very often, its not US. Its up to the birds. I didn't find this ani. I was stepping out of my truck and it decided to forage in some vegetation openings no more than 10 ft from me. I didn't "have" it.

Anyways, this bird was skulking and often thrashing and crashing around leaf-litter between cane cholla, sotol, and yucca. 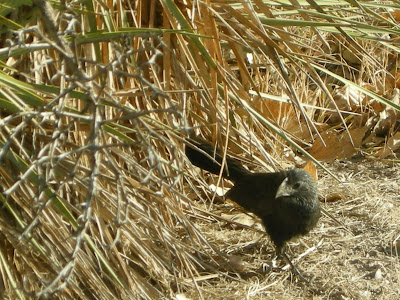 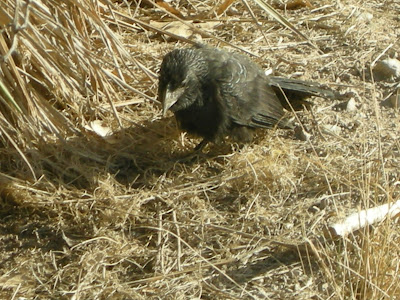 It would uncover, attack, and forage on slow-moving cold-ish invertebrates. 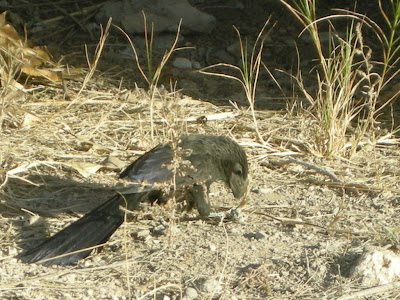 Walking mid-sotol-story on blades, turning its head to focus on any potential prey item. 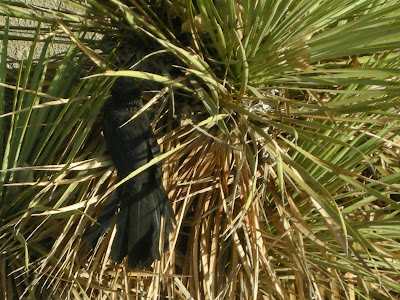 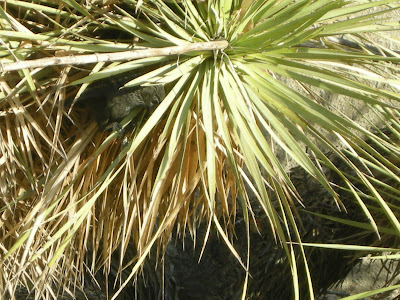 For the first time in a long time for me, this single GBAN looked and behaved MUCH like its Family Cuculidae cousin the Greater Roadrunner.

About an hour later it sat, preened, and sunned itself between a yucca and a patch of "cow tongue" prickly-pear. 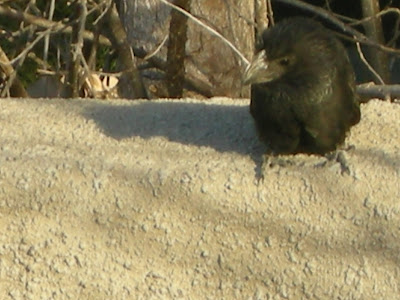 It then flew southward just across the street. 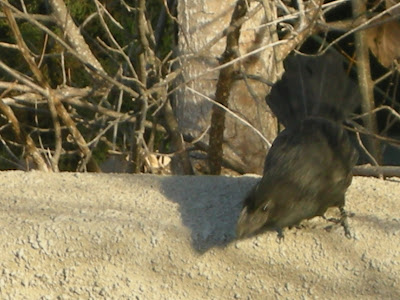 So people, I would as well I suppose, come out and ask "Where's the ani?".
Depends, really. It was here a month ago. Two weeks ago. Yesterday?

Come on out here and enjoy the birds. I do.

Some always show themselves. Some more than others.

After all, it's up to the birds.
We just have to be out there.
Posted by MWYork