It's back.
Life is full of adjustments. They are fluid. Changes. Adjust. Deal.

"The revolution will not be televised." Gil Scott-Heron 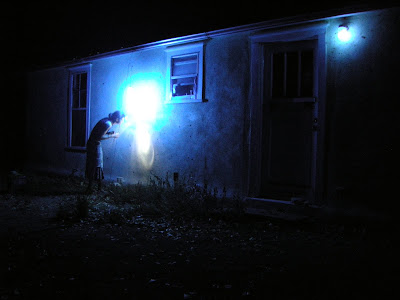 This week's session and resurrection took place on the north wall, here at the hacienda.

We had some visitors from East Tennessee show up. However, the little one was getting tired and they left early. It was after that when the moths and other lovely invertebrates began showing up.

Many moths, several of which seemed new, and we've yet to invest much time in references (both paper and people) to ID them.

One moth emerged from the leaf-litter, not as a zombie but as an adult and found its way eventually to our light and quality stucco wall. 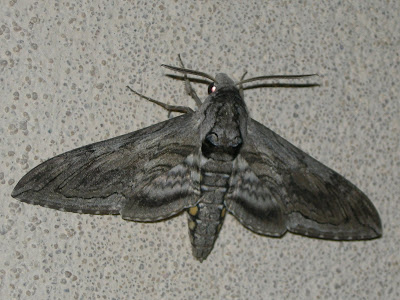 This species, as a caterpillar, is often called "Tomato Hornworm," as its larval hostplants are in the Nightshade family Solanaceae. 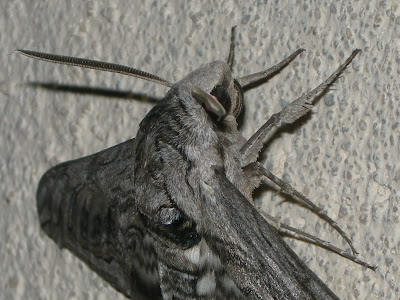 Check out the five-spot along the side of the abdomen. 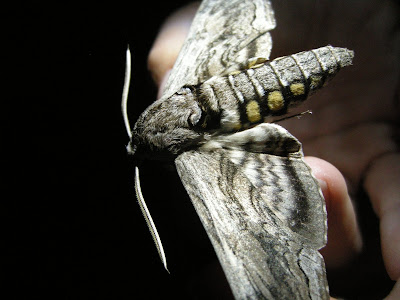 We had many moths; but, we also had lacewings, antlions, spittlebugs, a Solifulgid (Windscorpion), and more.

The nocturnal invertebrate life is beginning to show some promise. Here in the Marathon Basin, we are still waiting for rain. Whether storm energy from the Pacific Ocean or currently the Gulf of Mexico we'll take any leftovers.
Posted by MWYork