Ultimately, windows kill more birds in the US than all other forms of human-related bird deaths (cats, cars, wind turbines, etc), combined. Indeed, it is speculated that many cat kills were stunned from hitting windows first. Many stunned birds who are lucky enough to escape cats still fly away and many die later of internal injuries.

Be sure to check out the video at the bottom of their collisions page!!

Considering that the Germans have been working on this for years because their sound barriers along highways tend to be glass, it has taken quite a while for the idea to spread. Here are a few pictures from my 2008 trip, starting with a shelter at a train station that was built before the idea caught on - but still has falcon silhouette stickers! 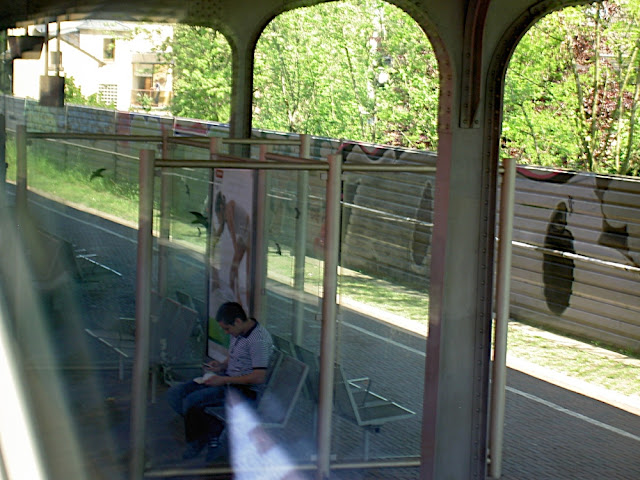 Apologies for the quality of these, they're both taken from inside moving trains. This second design would have been more bird friendly if the stripes were vertical instead of horizontal, but the aesthetic appeal would probably have been decreased. For all practical purposes, though, it will do its job far better than the few stickers on the shelter above! 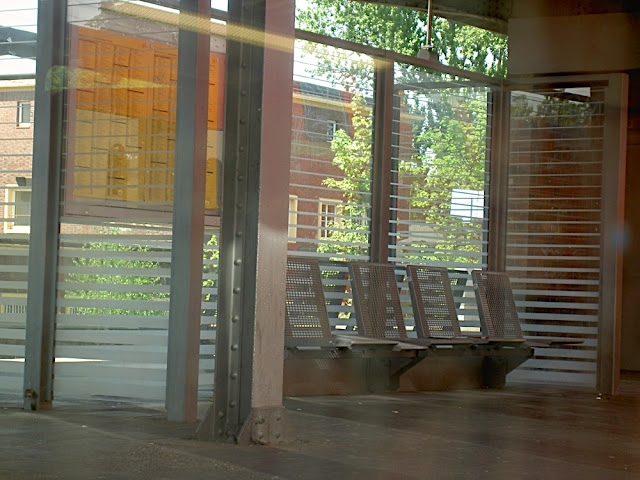 For a reminder: most buildings have this problem to one degree or another. Here's a kindergarten/elementary school that uses bird stickers and big, bright paper cutouts to prevent bird/people window strikes. 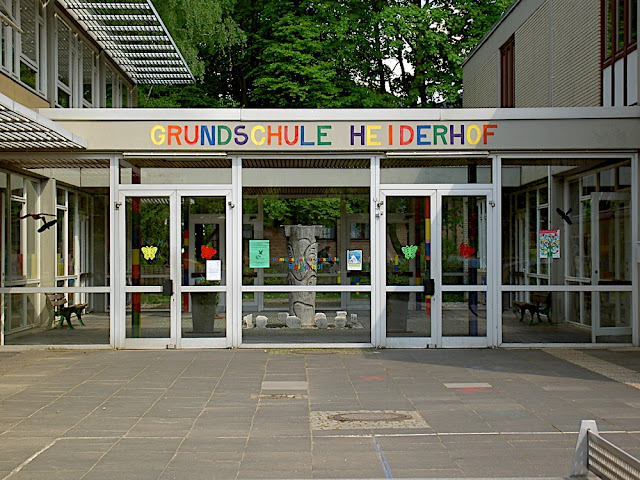 And for grown-ups, here's the airport in Koln: the main building is huge glass panels without any visible sign of stickers or fritting or bird-friendly modifications. Yet the air vents near the parking lot are surrounded by glass panels as well, and they have designs that are about as effective as bird stickers (read: better than nothing, but not by much). 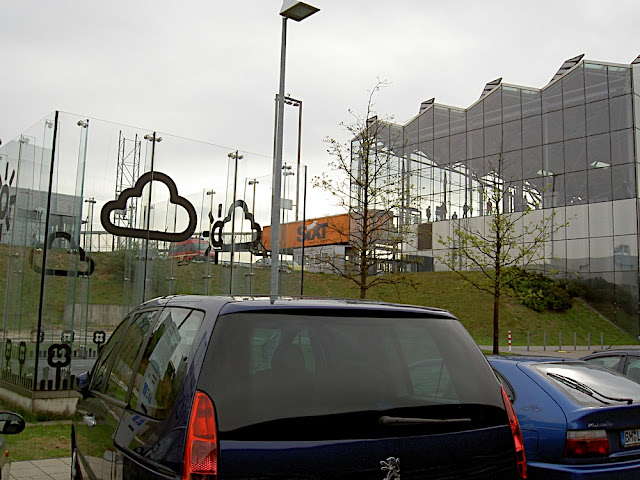 So if you have issues with your windows, don't waste your effort on band-aid fixes like one or two stickers per window - you will have bird prints between the stickers:

Related links:
Problems with Windows
10 Things You Can Do To Reduce Bird vs. Window Collisions
A window into the perils of migration
Seetrail links:
Tis the season; a bird is trying to get into my house
When birds hit windows

Another option: shade structures. A bit more expensive than tape. 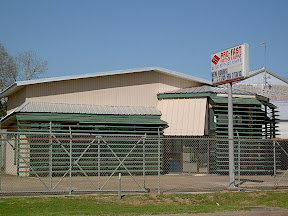 Conclusion? My name is Heidi, and I am a window tourist. 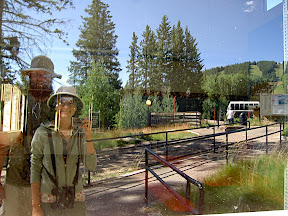 (x-posted at Seetrail)
Posted by heidi