Northern Parula (Setophaga americana) (NOPA) is a wonderful little wood warbler that we occasionally see during migration out here. Generally an eastern traveler north and south, I last saw one, a female, up here in Marathon one Spring ago.

This species is one of our earliest migrants. Thus, it will go through its prealternate (full body) molt around Dec-January -ish. Months before other migrating warblers. The following photos give us an idea of molt and plumage progress. Progress through just a month's time.

By the way, this bird is over-wintering in the Rio Grande Village, Daniel's Ranch area, of Big Bend National Park. This is an excellent species and fairly rare to be in the area over these winter months. There are only "a handfull of winter records" of NOPA in the park.

This individual was first documented on 30 December 2011, by Brandon Percival of Pueblo West, CO. 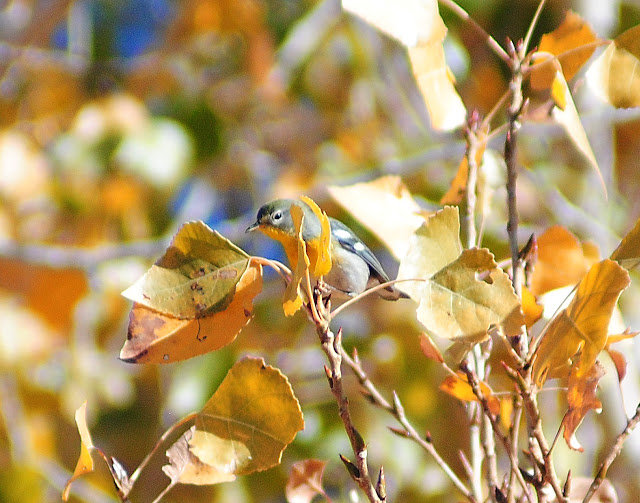 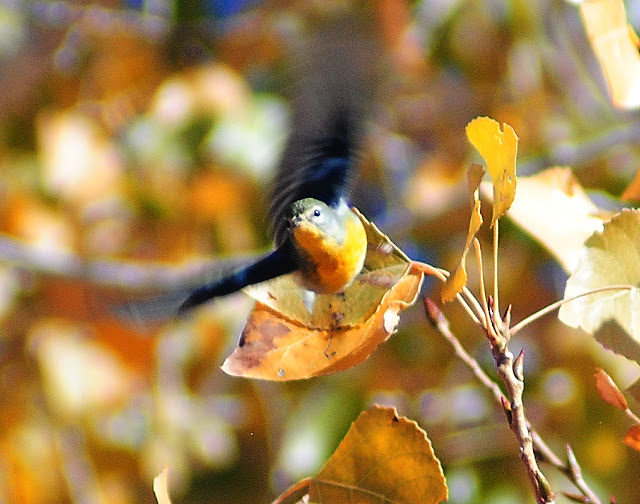 This photo shows a bird in what looks like 1st year or non-breeding plumage. A young male, perhaps.

The following three photos were taken on 8 January 2012, by Steve Collins of Lubbock, TX: 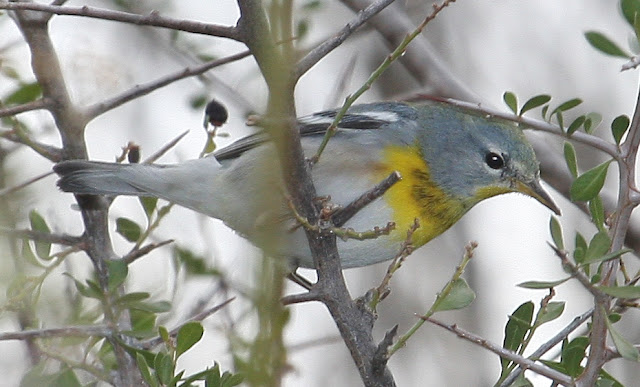 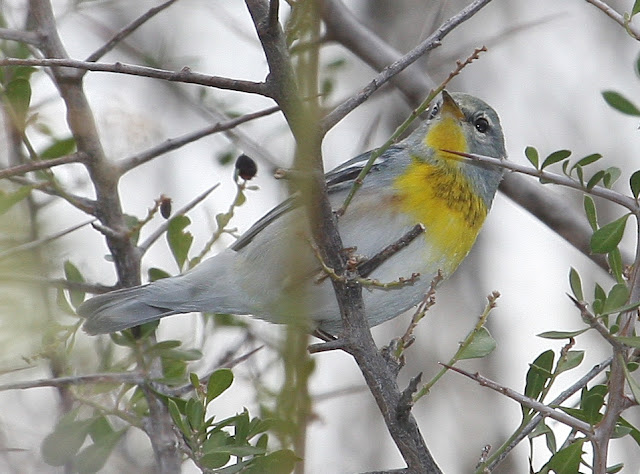 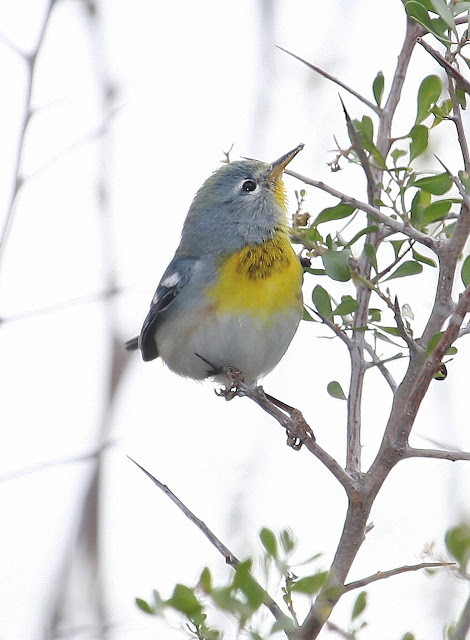 In just 9 days its plumage change is quite noticeable. The three above photos show a rufous patch beginning to appear on the yellow breast.

The rufous spots on either flank are beginning to show. That would make this bird a male.

The white arcs above and below the eyes are beginning to define, a change from the pale slightly blurry of the first photos in this post.

The white lores (between eye and base of bill) is beginning to seperate from the white eye-arcs.
When fully in male breeding plumage, this bird will lose those white lores generally.

Finally, some photos I took of this bird as it was high in the cottonwood canopies.
Photos taken on 31 January 2012, from the same location.

In just a month's time: 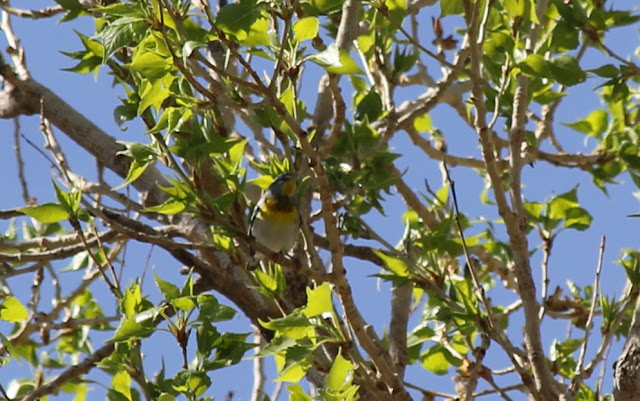 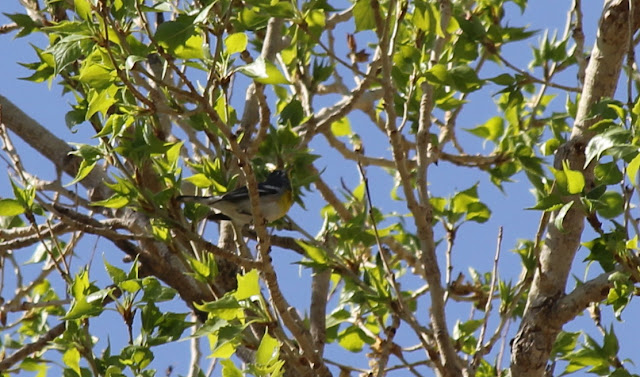 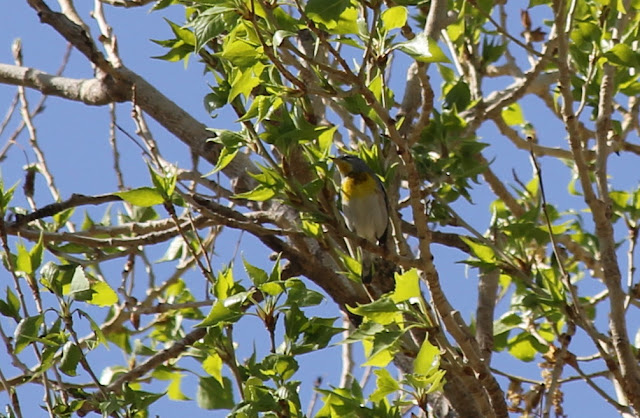 While the white lores are still apparent, this individual is showing far closer to breeding plumaged male. The orange and rufous, patch on the yellow breast has progressed. That patch has a thin dark band now separating it from the yellow throat and chin.

With the early molt of this species, at first I had thought there might have been an additional bird.

Go back and check out the first photos and compare with the last.
Posted by MWYork