Apotolype brevicrista is a moth we really like. Fuzzy yeti that it is, in a moth package... it's the big, gaudy moth of early spring. These things are all relative, of course.

Generally they show up alone, or in pairs. March 9th, the early morning discovery was a crowd - first time we had as many Apotolype brevicristas as we had White-lined Sphinxes (Hyles lineata)! 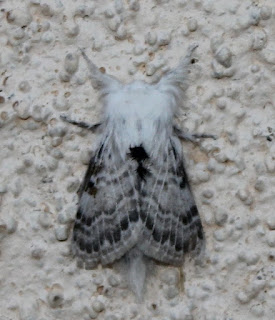 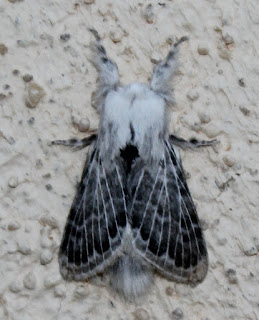 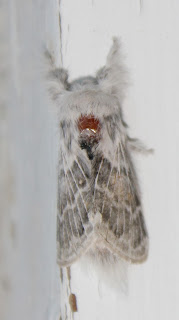 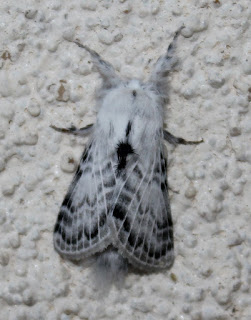 This is being posted somewhat prematurely in hopes of getting some feedback on the variations - males and females can differ, but there's also Apotolype blanchardi to look out for as well.

Moth Photographer's Group has some striking examples of the variations - click here.

Here's Bugguide.net's page on Apotolype. Apparently brevicrista has been reared on mesquite, so there's plenty of food for them out here!
Posted by heidi