Here are a few more snippets from yesterday's transfer -

These birds all hatched in the June 1-4 span, so they're almost ready to adventure out and figure out what this life is all about. You can tell from the videos that they really are Not Thrilled about this handling and going from box to box with [un]pleasantries exchanged...


Overall, this is a project that *does* something. Allow me to explain. For example, a baby ocelot or jaguar born in a zoo will stay in a zoo. It will live out its life in relatively crowded conditions (compared to wild ranges), it will be subjected to constant human contact, never be able to roam its own native habitat...

I've worked with Attwater's Prairie Chickens, nearly doomed to extinction by urban sprawl, fencing, overgrazing, and loss of prairie (and trees, among other things). They are essentially found in only 2 places - dedicated preserves where they are heavily repopulated, and captive breeding projects.


So to antagonize young falcons may be temporarily unpleasant for them, but they will live the life of a falcon. Their species still exists in the wild, their habitat still remains. They will not be shuffled off to other captive breeding programs because their survival in the wild is impossible. Yet these are the last of the Endangered falcons in North America - Peregrines were de-listed a while ago. 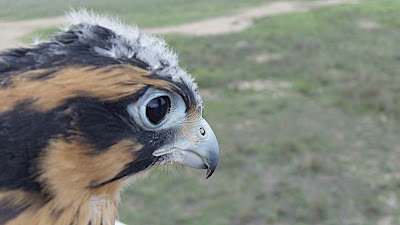 ...ponder these faces and think about how it's easier to save habitat before something is Endangered, because once the habitat and ecology surrounding a critter are gone, you need all of that in place for reintroduction. If that is even possible. Otherwise, if captivity is the last chance for the species, is it really surviving at all? Or are we, as humans in general, simply setting aside a feeling of guilt with captive populations because the critters are not technically Extinct? 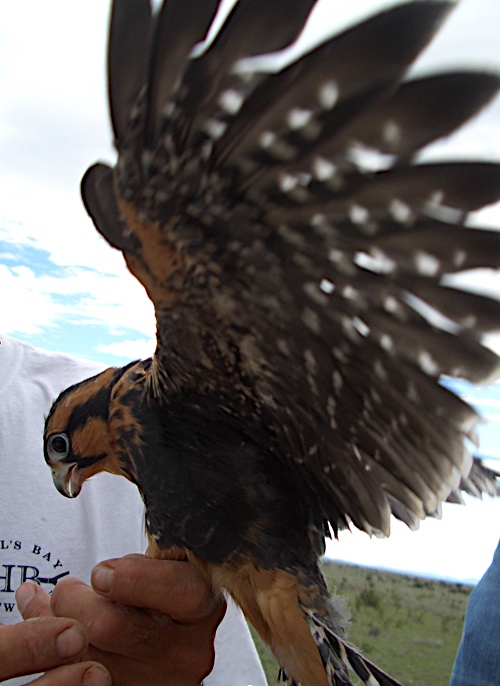