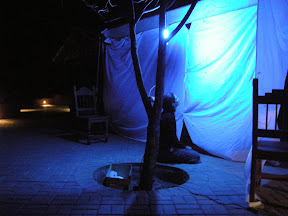 This time we made it out to the Marathon Motel Courtyard Cafe.
The moth numbers and diversity were 2 to 3 times that of only a week ago. 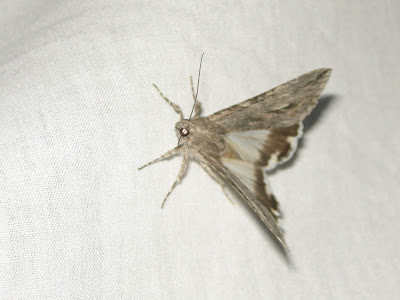 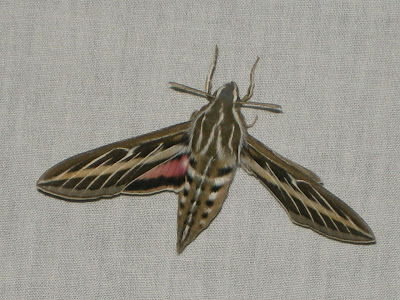 Hyles lineata "White-lined Sphinx"
This individual corkscrewed its way onto a participants foot then to the sheet. At first we thought it missing the right side hindwing. 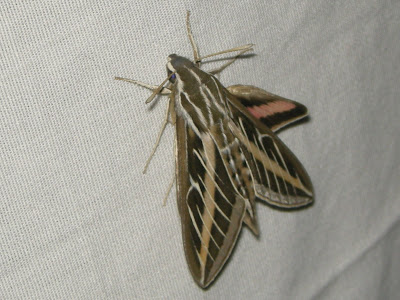 However, we learned that it had recently eclosed to its adult stage. Recent enough that the right hindwing had yet to fully erect. Near the end of the two-hr session it flew without issue off into the night. 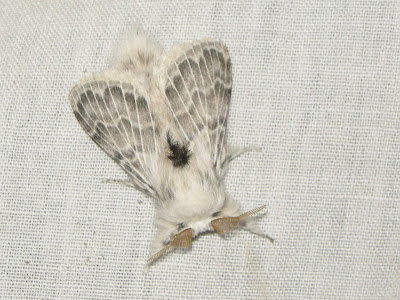 This beautiful, furry moth belongs to the "Prominent Moth" family Notodontidae and a species within the Tolype genus. There were 3-4 of these this session.

13 March 2011 **EDIT**: I now believe this to be Apotolype brevicrista. Same family, very similar genus. A slightly noticeable difference being that the "metallic thoracic patch is smaller in Apotolype species." - Powell and Opler, Moths of Western North America. 2009

"Apotolype brevista ranges from western TX to central Arizona, and thence south to central Mexico. Adults are found from March to September, and there are several broods annually.." - Powell and Opler, Moths of Western North America. 2009

Finally, here's a photo of a big peculiar member of the Geometridae family. 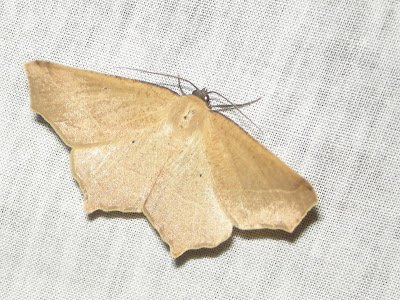 I also found it the next day on the chair we left it to previously.....
Come on by and join us.
Just watch where you sit. 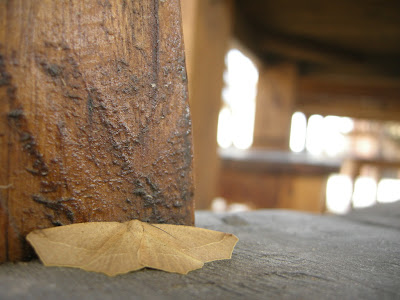