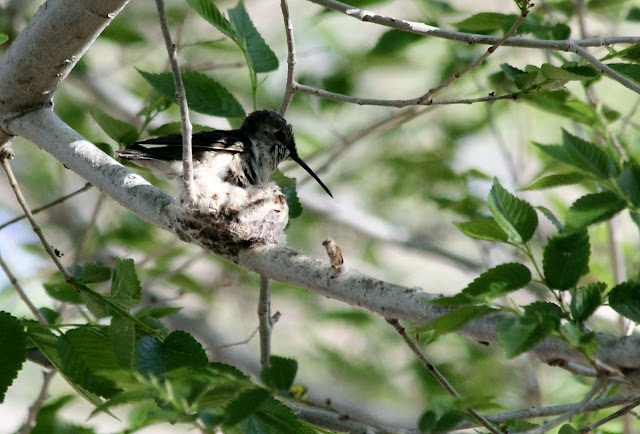 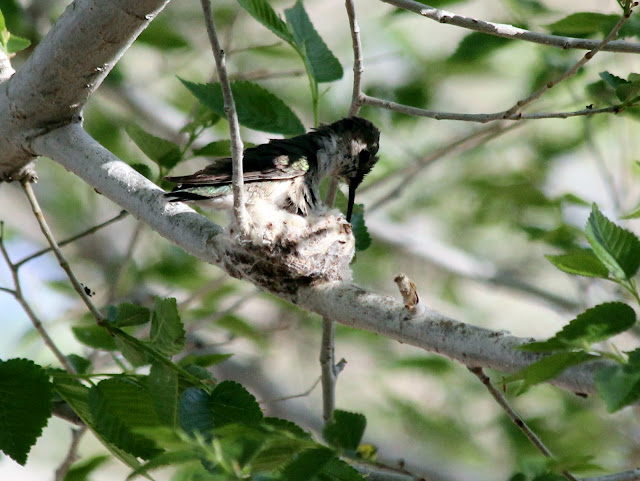 A harsh "chuck" ended up being a Louisiana Waterthrush. We had one at Post Park last yr, too. Finally saw a Nashville Warbler, as locations in south Brewster Co. had been reporting them.

FOS Bell's Vireo was finally heard. Rio Grande Village had been reporting them down south. That BEVI vocalization will now never stop until well into the fall. Non-stop until it's gone, it always seems. Sounds like "heat haze" to me. :-)

Blue-winged Teal joining a few Ring-necked Ducks was also nice. As is customary at Post, the spring season has the place dripping with Vermilion Flycatchers. Absolutely everywhere. I also estimate conservatively on its count. A few spend the winter.

A pair of Green-tailed Towhees did not exactly express too much of a readiness to head north. There are some localized nesting in the mountains, some yrs. It would be of great coolness if a pair actually did so at Post..

Also Brown Thrasher and Spotted Towhee continues. We'll see for how long. Could be awhile.

No Lark Buntings. Only a couple White-crowned Sparrows. One Brewer's Sparrow. Winter residents are thinning out.

Several Black-chinned Hummingbirds in nest-building stage. It was entertaining to watch one particular female mend in spider-web to a nearing-completion nest structure.

The following is an ebird generated list of what species were observed this morning: