Until further notice - it was seen intermittently from 2:05-5:30 pm and observed by Carolyn Ohl along with the two of us. Only 700+ photos to sort through now!

**EDIT:  This bird was at the Gage Gardens in Marathon, TX and was not relocated the following day(s)
**EDIT:  FIRST TRANS-PECOS DOCUMENTED RECORD ! 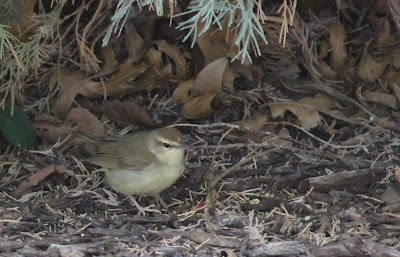 And for folks who are unfamiliar with West Texas warblers, here's why this is exciting:

EDIT: More photos! With kicking and scratching and digging, too!

And Carolyn has also blogged it over at CMOasis.blogspot.com with some commentary about its foraging - it really did jitter on the mulch when it wasn't scratching or thrashing. Only vocalizations were "seep" type calls in flight, and flight/seep was observed perhaps thrice. Snack items seem to be dark pellet-shaped morsels that we're guessing are moth pupa. Here's a link to an entry from last September that has a clear shot of a geometer pupa. 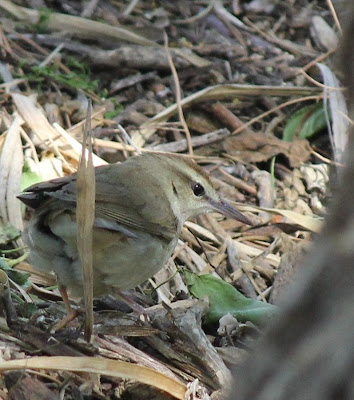 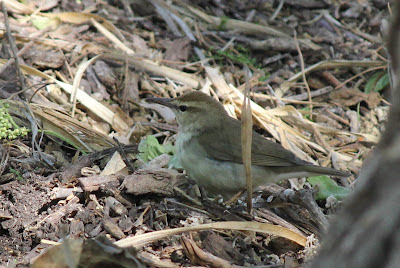 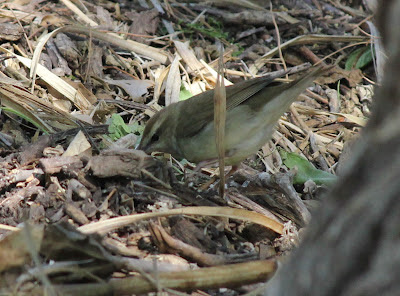