A couple of iconic skippers at Maravillas Ranch

In the early stages of my trek today, I came across this guy: 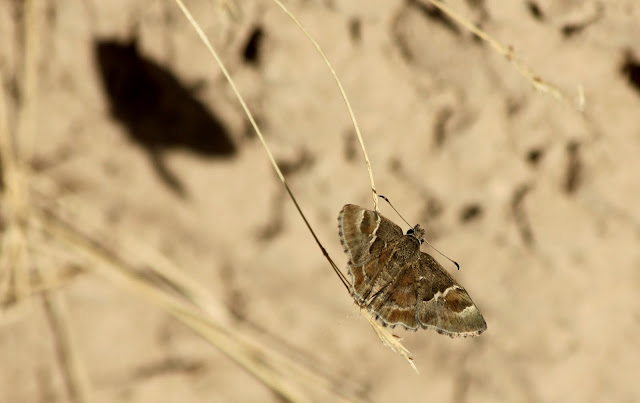 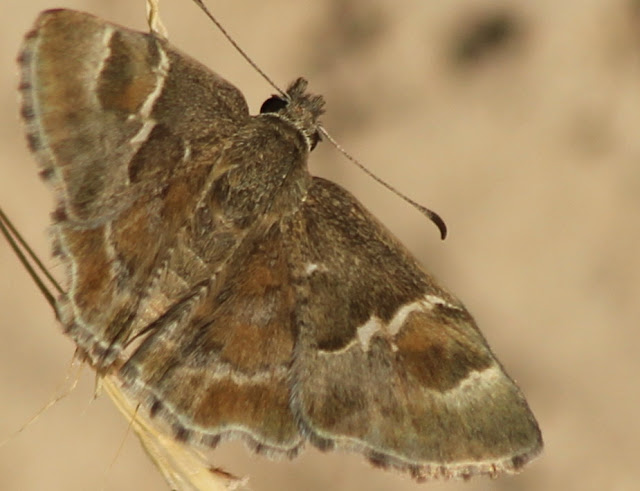 Do you all see the that white median band?  The band on the forewings, up front, the fairly sharp white band?  See how that white band is jagged?  That means...

Kind of cool for Texas, occurring in the trans-Pecos of the Lone Star.
I'll meet up with (S. pulverulenta), Texas Powdered-Skipper, soon enough.  This was a nice late in the survey discovery when I cycled through the day's images; as it happened almost butterfly number one.

There was Cogia hippalis, Acacia Skipper, in the same vicinity.  I already photo'd that guy up at the Gage Garden's back grassland. How great is Brewster Co.?  Even north Brewster Co.?  Lepidoptera, butterflies and moths, are starting to get fun out here.  Diversity is picking up nicely.

Then there was this old friend near the end of my work day surveying at Maravillas Ranch: 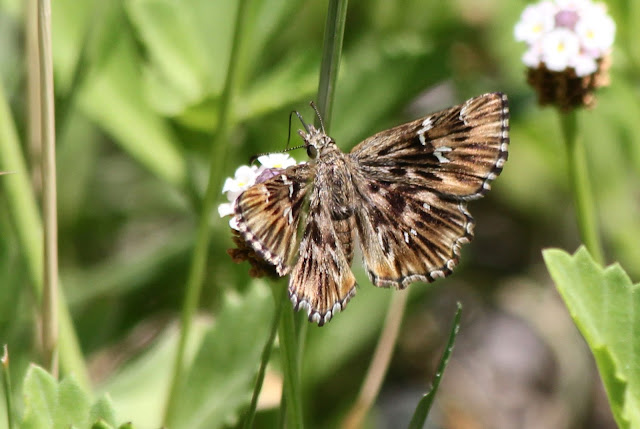 I have a varied audience here.
To some of you:  No, I did not bring a jar, nor net, nor laboratory in the field today.  I'll stick with C. nessus today rather than .... limpia.

Back to the bug in the photo, hypnotic right?  It is always a joy to come across.

Here is the total species list, that I could come up with, for this morning's Maravillas Ranch butterfly activity:

FOY = First of the Year