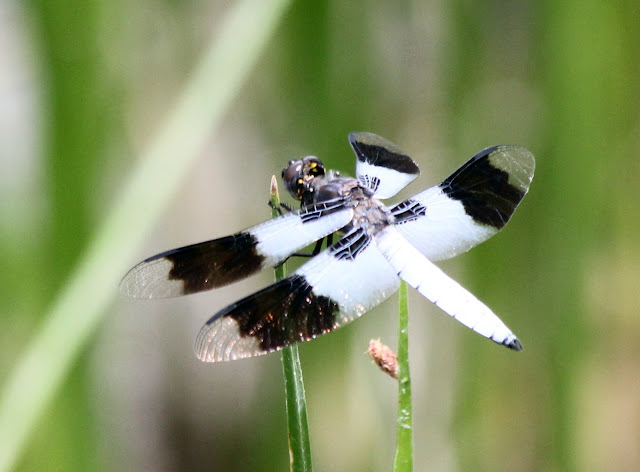 This beautiful new species (for the year anyways) of dragonfly was 'coptering around a portion of Post Park this afternoon.  Several of them, really.

Seems we are over a month early for published flights.  We've run into that with some moths this season.  Flora and fauna out here is very much timed to the monsoonal rain seasons.  Typically that begins in, yes, late  Summer.

It did not happen AT ALL last year.

This year we've had a "May Monsoonal" event.  Not common, on average, but it happens from time to time.

Add the nearly 2 year drought (record drought at that), then the good rains in May and even the last couple of days and well.... there are some early flights across taxa.  Also, in some instances, southerly distributions of some species start out earlier anyhow.

"Habitat.  Desert pools, ponds, and slow streams with thick emergent vegetation and mud bottoms."  Abbott, John C.  (2005)
Yep.  I was on the southern side of the dam at Post Park.  Spot on match for habitat. 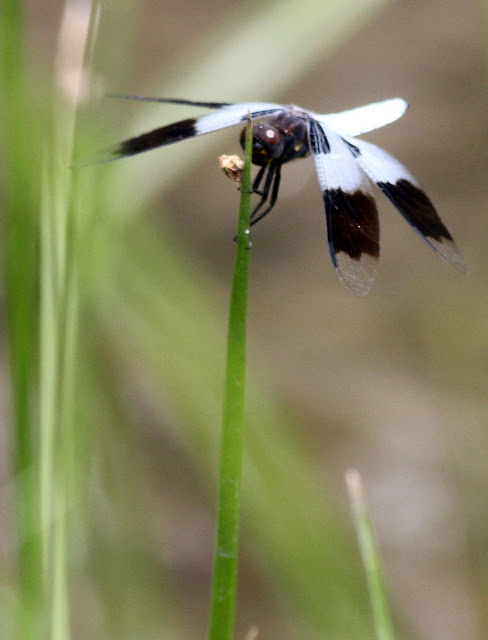