Butterfly diversity has greatly improved over the last few weeks.  The "back 18" grassland, behind the more manicured area, was particularly productive.  Wildflowers, grasses and forbs are in good shape back there.  Species that depend on mallows were more numerous this morning with many fresh adults present. 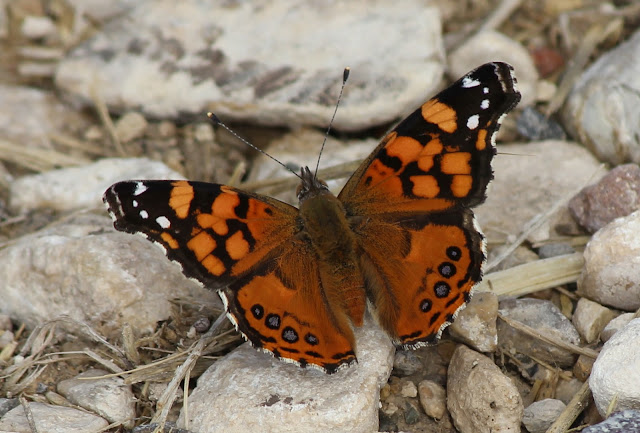 West Coast Lady (Vanessa annabella)
Taking the entire 27 or so acres of the Gage Gardens into account, this species had several fresh adults present. 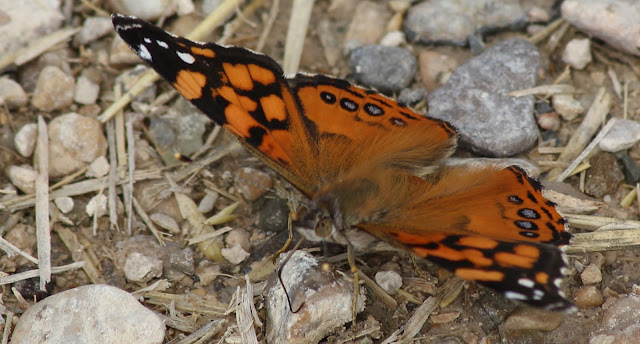 A promising strong flight, in addition to the mallows in the area, give hope for additional flights as the summer wears on.  In fact, the only Vanessa spp the entire morning were V. annabella and V. atalanta. 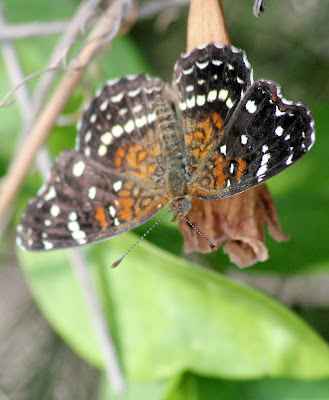 Texan Crescent (Anthanassa texana)
This species has had a decent showing within the last week and a half.  Always a nice insect to come across, for me, as I enjoy its fairly distinctive shape and dark color. 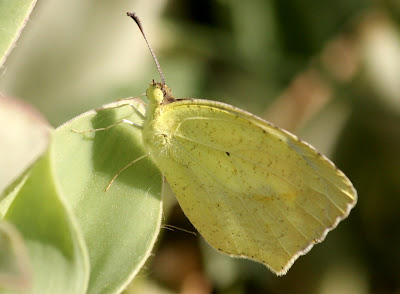 Mexican Yellow (Eurema mexicana), a species that is having a very strong flight during the early portion of the season.  Good numbers for several weeks if not a month now. 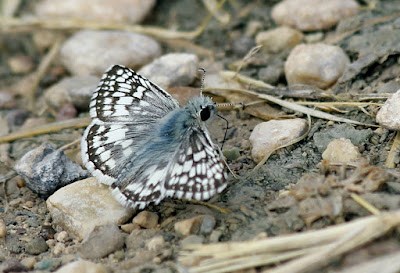 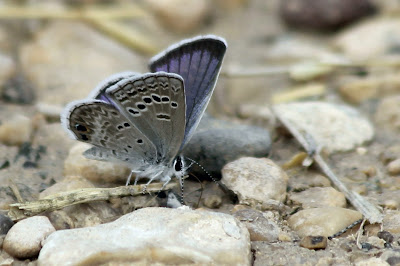 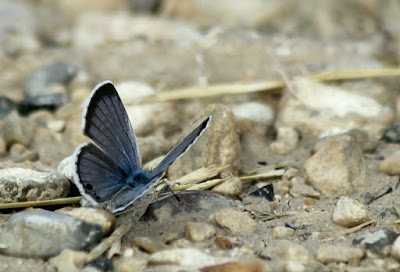 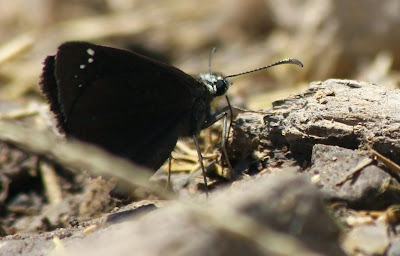 The above three species were commonly seen puddling on several wet caliche locations along the pathway that runs the perimeter of the back grassland. 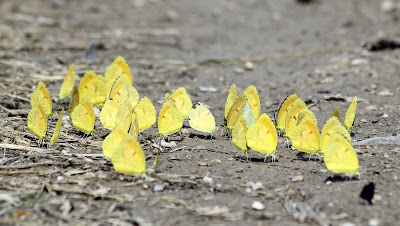 Alongside the seemingly infinite number of these guys, Sleepy Orange (Abaeis nicippe). 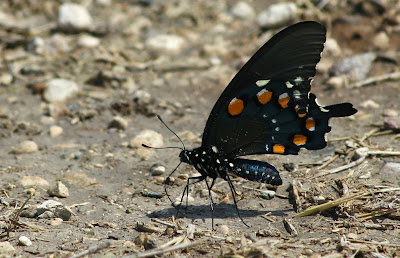 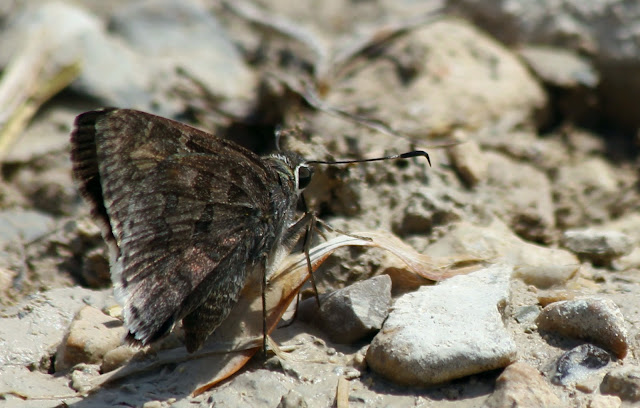 Acacia Skipper (Cogia hippalus)
This large skipper is the first of the year for me.

As always, there were many notable no-shows.  That's what next time is for.