I'm so accustomed to armchair moth-ing (the equivalent of armchair birding, I suppose) that actually being outside in the light of day to look at pollinators was a strange change of pace. I'd met up with Andy Bankert midday to take him to the Christmas Mountains Oasis after he hiked Pinnacles Trail in Big Bend National Park for Colima Warbler. Even in the noonday heat, CMO was definitely worthwhile! We were officially looking for Lucifer Hummingbird (check), Varied Bunting (check) and Elf Owl (nope). Unofficially, I was really hoping to see the resident Mojave rattlesnake as well.

Vertebrates aside, we had a slew of flying insects. Probably 90% were mosquitoes (long overdue - as was the rain!) but the rest were dragonflies and damselflies and butterflies and... 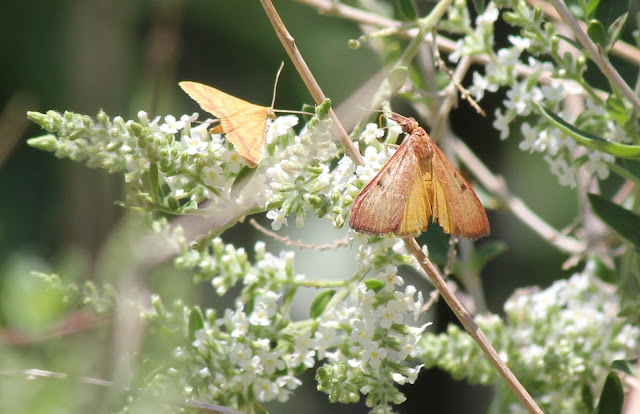 Clockwise from the blurry dark moth in the upper left: 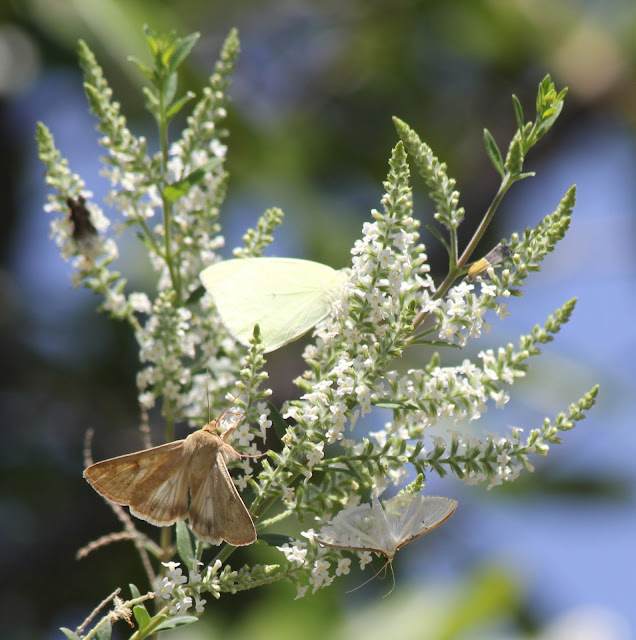 There were some other really impressive looking pollinators, but that's fodder for future posts! Definitely makes me wish I'd checked every beebrush plant on the property!

Back to birds for a moment - we had been emailed a note of caution from Carolyn before we headed to CMO... "Lucifers are here but not abundant. Kelly banded 10 yesterday." They may have been skittish, but they were certainly lovely!

Here's Andy's breakdown of the day, according to Facebook:
Long day! Left Marathon at 3 AM, made it to Boot Canyon by 6:15 for Flammulated Owl, found a Colima Warbler nest by 7:15, back down to the basin by 9:45 where I almost stepped on a rattlesnake! Thanks to Heidi Trudell for taking me to see Lucifer Hummingbirds and Varied Buntings afterwards! Looking for Black-tailed Godwit tomorrow.


We wish Andy the best of luck with The Godwit. We'll be living vicariously through him - he'll be after the godwit and we'll be on Marfa NPR's Talk at Ten to discuss the Gage's July birding festivities.
Posted by heidi