September 5th was when these photos were taken, and yes, other older photos will start to pop up on the blog, now that things are settling down. 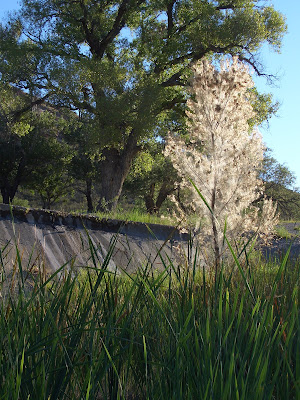 Post Park, also known as Fort Pena Colorado Park, or The Post, is a county park about 5 miles south of Marathon. The birding is fantastic. So are the butterflies (not to mention moths; we found a Poplar Sphinx there!) Anyway, while the juv Canyon Towhee seen begging earlier in the season was still begging, we found a few other juvies being a bit less dependent: 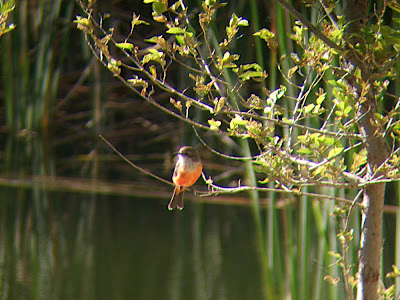 Young Vermillion Flycatcher out over the pond. 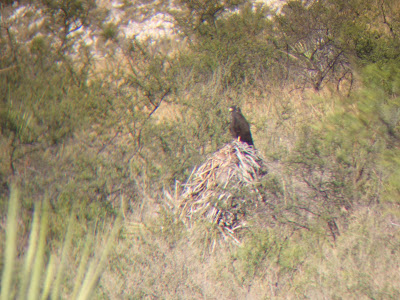 Young Zone-tailed Hawk on a yucca.

The Zone-tail was first seen up in a high cottonwood tree, Matt found it and pointed it out to me - we immediately assumed Common Black Hawk due to habitat and, well, it was perched. Zone-tailed Hawks never perch (common knowledge). Once we realized that the tail was not particularly banded, we quickly wavered over whether or not this could be an insanely dark Red-tailed Hawk... wing length vs. tail length and a solidly dark back helped ease our concerns. Finally when it flew we had a perfect Turkey Vulture mimic; Zone-tailed it was! And one short, adult tail feather was growing in, so as it cruised the area we were able to reassure ourselves that the ID was correct.

Only one tarantula was seen at the park on the 5th; one of those bound and determined to get to wherever it was going, not stopping for photos nor introductions. The bright abdominal fuzz was so attention grabbing that I crawled along for quite a while just trying to get a decent angle while it ran southwest. Trying to lure it onto my hand just resulted in it trying to find a detour. Such pacifists! 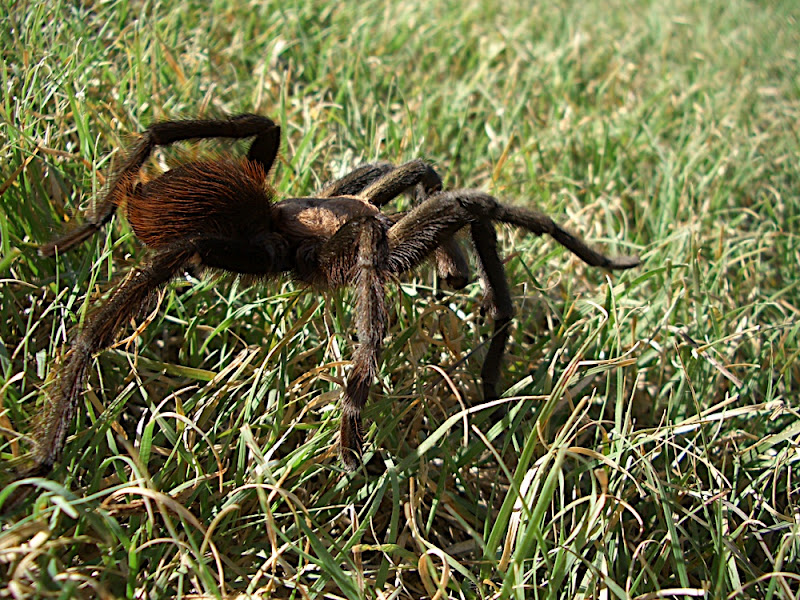 (Note: it shows up a bit larger than life-sized on my screen... it's really a bit smaller than my hand.)
Posted by heidi