This post has been in the works since Christmas Bird Counts started; it has only materialized with the prompting of a challenge from David Sarkozi to Texas birders. (Helpful links to participate in the Texas Local Patch Challenge are listed at the bottom of this post.)


I would like to challenge others to an interesting game for 2013, I'll call it the Local Patch Challenge. Pretty simple, how many species can you find in a 7.5 mile radius circle around your residence. If you have more than one "residence" that's fine, do either or both. The idea is to see what you can find close to home without out burning a tank of gas. There are several ways to find whats inside the circle around your home, just Google "draw circle google maps" and you can find several tools to do that. An easy one I found was http://obeattie.github.com/gmaps-radius/

Not every circle is going to be competitive with every circle, this is mostly about what you can do. No everyone can generate the species totals of folk like Clay Taylor and Brush Freeman can with their locals, but most of use would be surprised with what is in 7.5 miles of our homes (essentially a CBC circle around your home). In fact I would like to through down a challenge to Brush and Clay directly to participate just to make it interesting. Out In West Texas, I'd love to see Carolyn include her Oasis, and Heidi to participate. Love to get "Fat Tony" on board too! Susan Schaezler you should do this too,

I don't think one needs to post every bird you find to TEXBIRDS, but certainly those interesting birds you find and milestones like 100. 150, 200 species would interest many. I know many OCD types like myself would like to see lists though, so to keep the chatter to those most interested I did start an open Facebook Group call "Texas Local Patch Challenge" where you can post all you want.

eBird.org hase some good tools for keep track of what you find in your patch. Just go to "Explore Data" in the top tool bar, then select "Patch Totals" in the right hand box. Then click on Add Patch and select the locations in your patch. eBird will keep your patch total for you.

What are you waiting for, 2013 has already started! 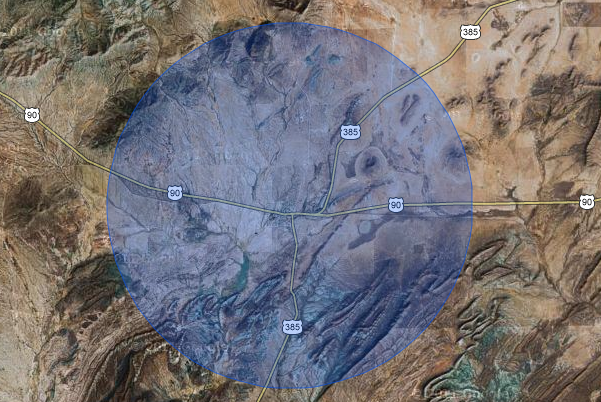 That circle above? Other than Marathon and Post Park... it's all inaccessible private ranch.

I'm really thankful that David issued the challenge. The timely nature of a new year and the blossoming/festering expansion of the facebook birding community (not just among Texas birders) as well as the eBirding increase has been something I've been curious about.

Curiosity has, in a few places, given way to exasperation: I've only been a reviewer for eBird for a few months and already I've become disheartened with the lists riddled with errors. ID errors are one thing, but listing 3-4 counties worth of sightings from one 'hotspot' is another. Perhaps it is a symptom of birders traveling outside of their home turf, unaware of county lines; locals seem immune to this error. Perhaps it is a symptom of trip-list or day-list or year-list accumulation. County listing - the Texas Century Club (100 species in 100 counties) - would virtually eliminate this issue if folks were adhering to county list protocol... but I digress. 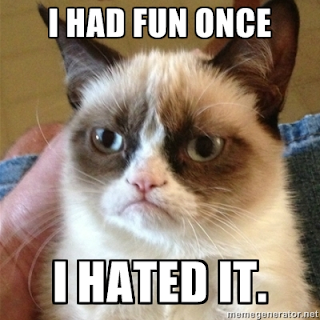 What little I've seen in the process of reviewing is that many, many errors are made in the name of Lists - Texas Big Year, Big Year, etc. Several species accounts have brought this to light. A hasty survey in unfamiliar territory leads to many assumptions and many glitches in the data. "Common" birds are overlooked even though they may be out of range (Common Grackle is... uncommon. 75 reports *can* be wrong!). "Rare" birds are reported because of naive excitement (Mexican Jays are not Western Scrub Jays).

Being intimately familiar with one particular territory, on the other hand, lends itself to expanding knowledge. Thorough coverage of a birder's home turf leads to much better regional abundance and diversity and arrival/departure information that is so often overlooked by target birding. Target birding may result in Patagonia effect, but how many "Patagonias" are being overlooked? Competitive listing is killing citizen science* (unless you are doing a county big year, then tip o' the hat and carry on!)

In the name of personal lists, I fear that a lot of useful information and truly interesting sightings are slipping through our collective fingers. Instead, chasers and listers are converging in places that are known, instead of charting new territory. There's certainly data in heavily birded areas, but the more people cover them, the less consistency there is (perhaps the consistency is inconsistency?)

Lest this post further gripe about how everyone enters Brewster and Jeff Davis County birds in Reeves County, here's a lovely screen shot of my plans for 2013. 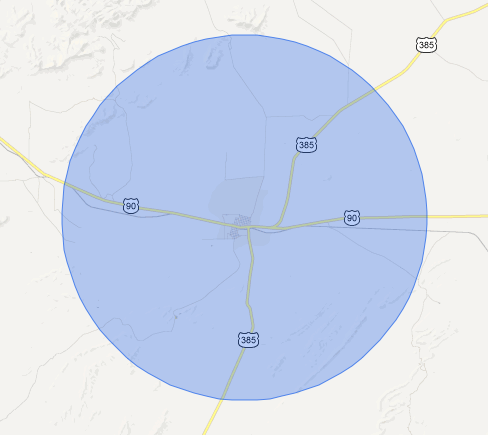 This circle includes zero traffic lights, 3 train crossings, a cemetery, Post Park, the entire town of Marathon, and one border checkpoint. Should be interesting! Apparently we've already recorded at least 208 species in this area in the last 2.5 years. It's a happy combination of competitive (because apparently that's how birding is these days) and the opportunity to get intimately familiar with your closest surroundings.

Getting started with your own patch challenge:

New to eBird? It's fascinating. http://www.ebird.org

Instructions on setting up a "patch" in eBird, via David Sarkozi