Only have phone camera - Aww

It has been an irruptive species kind of winter.  The birds leading that momentum in west Texas and the trans-Pecos have been Red Crossbills (Loxia curvirostra). 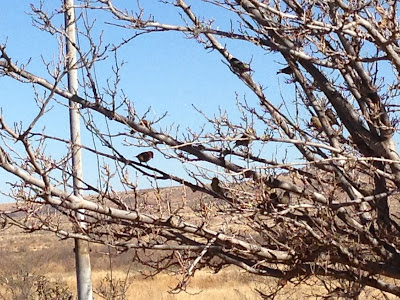 Yesterday, after running errands to beat out the winter precipitation of today, Heidi and I stopped at previously reported Red Crossbill location.  A place rife with conifers. 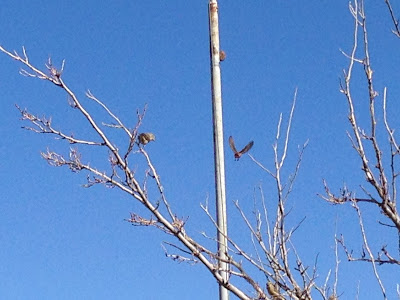 Soon after our arrival we saw and heard a loud cloud of a flock flying well above the pines.  They turned back and we lost track of where they landed. 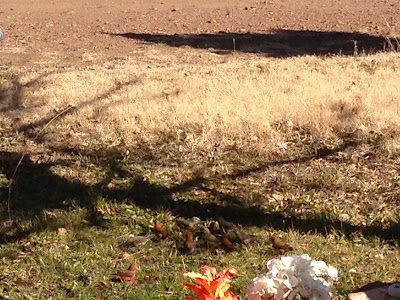 Eventually they descended upon a couple of trees, one of which was near a water hose that could not be completely turned off. 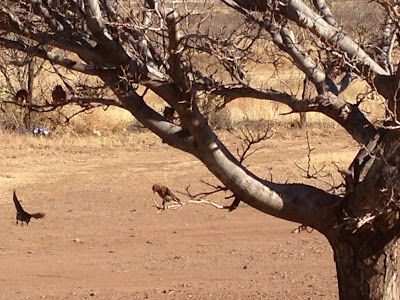 Sweet.  That meant some standing water at a patch of manicured grass.  Twenty-six Red Crossbills were drinking from that spot. All of these photos were taken, by that phone camera, at that water-sourced location. 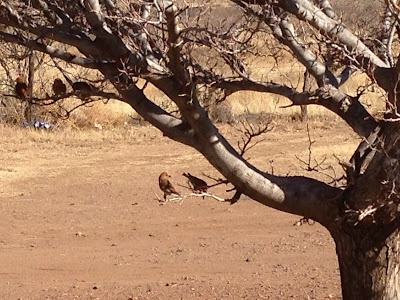 What was particularly amazing was that they descended to that tree within twenty feet of where I was standing.  Of course this happens when the SLR camera was left at the house.  They were SO CLOSE.  Loud and communicative, they certainly seemed to have a water-drinking hierarchy. 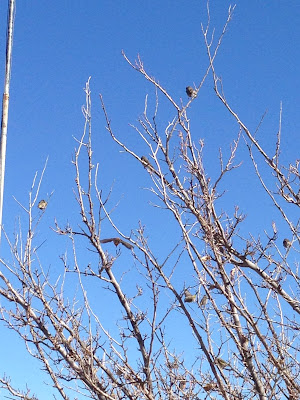 This led to a very satisfying observation for about 10 minutes.  As far as memorable observation occurrences are concerned,  we should leave that camera at home more often.

Heidi posted about the Rough-legged Hawk (Buteo lagopus) one post earlier than this.  It was a left-behind camera kind of day, and a great start to a New Year.