There must be some law of birding (similar to Murphy's) that indicates that the better the bird is, the worse the photos are. Our old blog did feature a lovely collection of really, really good birds in the worst photos ever... this is getting there!

Knowing that tomorrow's weather would likely prevent our run into Alpine for groceries and the weekly CowDog ritual (eat there, it's amazing), we headed into town. With binoculars, but no camera, and the firm intent to pay the internet bill, eat at Cowdog, pick up a few odds and ends and stop at the cemetery before heading back... we got derailed not 10 miles out of town. 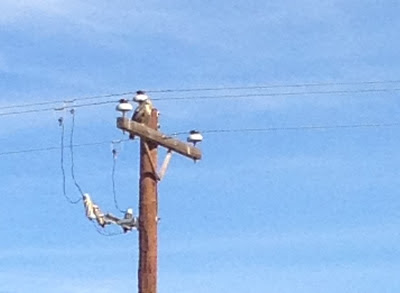 Turn the truck around!

These photos are from Matt's cell phone.  Not too bad, all things considered. 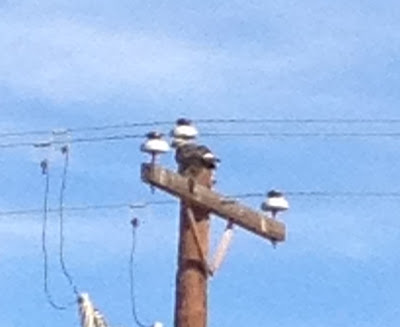 It flushed as we approached; overall pale below, DARK (but not solid) 'wrist' squares stood out the most, along with the dark belly. Tail was pale at the base above and below, with fine barring above, getting darker at the tip... below it was more of a gray smear, without defined barring, but becoming a broad band at the tip of the tail. 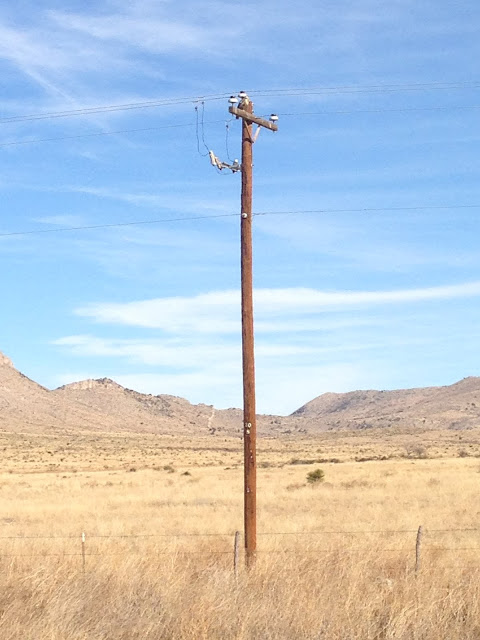 My amazing sketching skills from that one time when I thought about being an art major apparently reflect my good decision to NOT be an art major. I blame the running truck on anything that does not appear entirely legible or artistically sound. 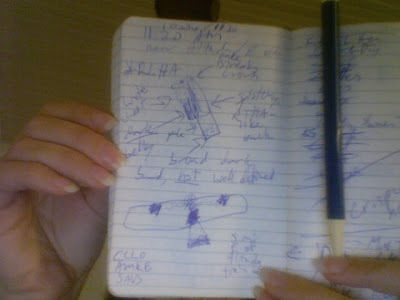 ...oh, and then after a delicious ritual at CowDog, we ended up face-to-face with 26 Red Crossbills from about 10-15 feet away. But that's for another post!

Edit: For folks curious about the normal winter range of Rough-legged Hawk, they're normal in winter in NW Missouri, where we spend Thanksgiving. I was thrilled to see them every winter when I lived in IL... they're a darn good bird for Texas - here's a map.
Posted by heidi