October has been a fantastic month for moths in Brewster County. Without actually trying, we've seen a good number of our nocturnal neighbors - these are the highlights so far! 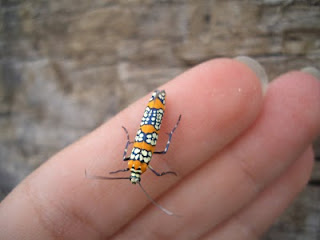 Found clambering around a wood pile at the Marathon Motel, the Ailanthus webworm moth is a little orange moth with blue patches and white dots... very ornate for such a tiny creature! I wish the macro had been more cooperative, but this photo at least keeps true colors; the lighting was tricky. 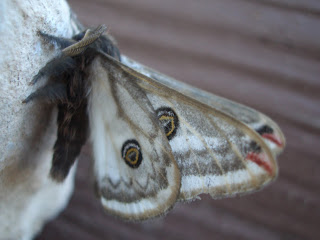 At least three individuals have been found at the Marathon Motel, and all of the live ones have been male (note the fuzzy antennae; all the better to smell pheromones). For a demure, gray-scale moth, the bright pink dashes at each wing tip are quite the accent! 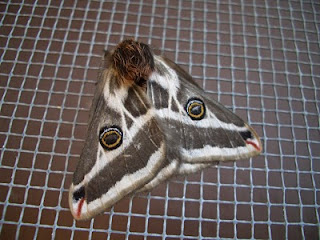 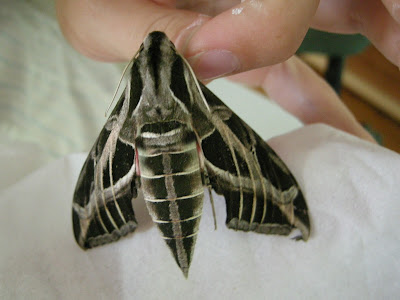 This deceased individual (found at the Marathon Motel) was only our second collective encounter with the Vine Sphinx. The bold markings are distinct enough that once you've seen it, you definitely remember it. 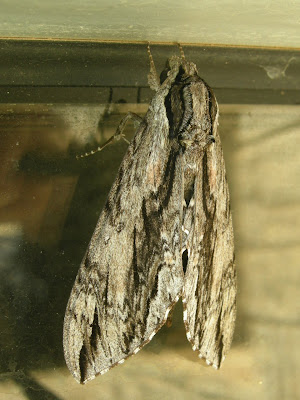 This fellow was on the side of Alpine's DPS building - but it's still in Brewster County!
Posted by heidi